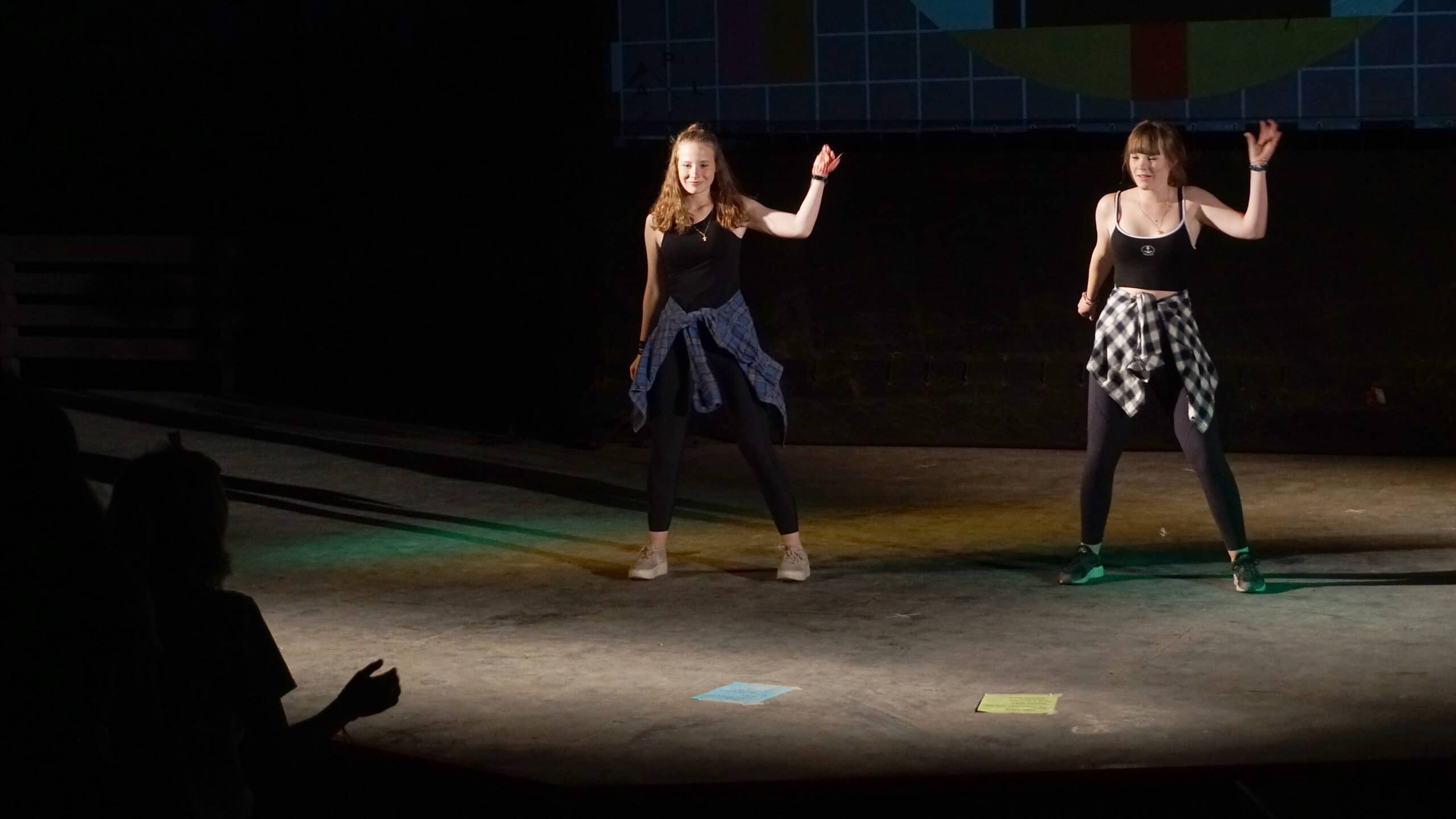 Are you ready to shake what you got at Pali Adventures summer dance camp?

If not, this list of dance routines is a great way to get started. Take some time to practice them and you’ll be ready to tear up the dance floor all week.

Keep reading to learn more about each of these songs and the dance that goes with them.

Possibly the best thing about this dance routine is there’s no need to memorize it. Just put on the song and DJ Casper will tell you what to do.

It’s also a bit low-key which makes it a great song for warming up before taking on some more intense songs and routines.

The choreography to this song is a bit complicated so it’s probably best for older kids and teens. However, if you can pull it off, you’ll be the talk of dance camp for sure! 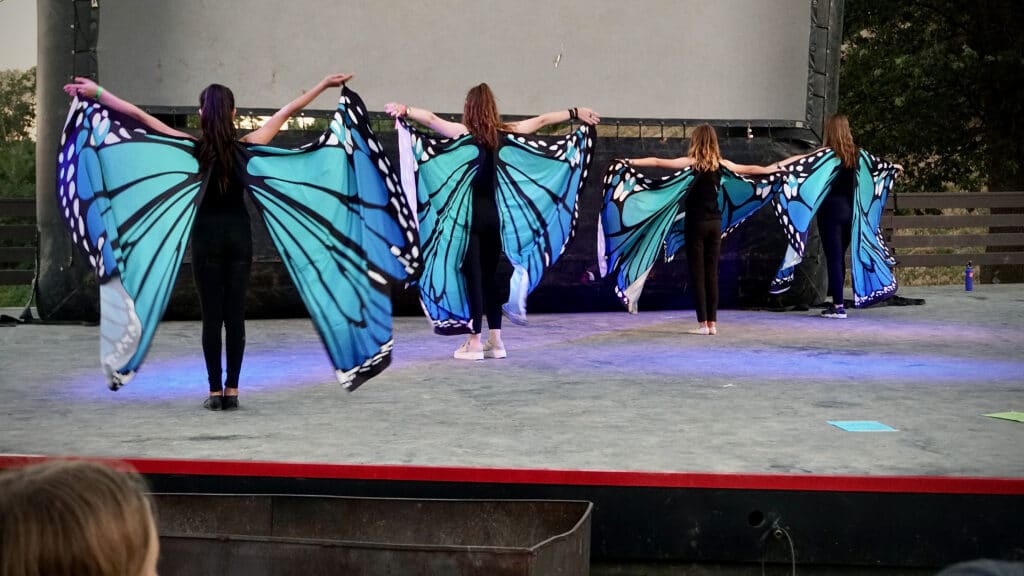 Everybody knows how to write these four letters with your arms thanks to the popularity of this song. But, did you know that not a single one of the Village People does these moves in the original music video? The dance was created later.

At any rate, if you want to impress your fellow campers, make sure you come up with a routine for the rest of the song. We recommend something simple and repetitive so you can be ready to throw your arms up when the chorus drops.

Silento knew exactly what he was doing when he put out this song. Like the ChaCha slide, it basically tells you what to do throughout the song. However, you’ll also need to know how to perform some of the moves he mentions since it’s not always clear what you need to do.

If you haven’t already done it, be sure to watch the music video a few times so you can learn each of the moves. Then, you’ll be ready to bust them out when you get to camp.

If Bruno Mars’s dance moves look familiar to you, it’s because he uses Michael Jackson as inspiration, so you’ll see a lot of moves that the King of Pop could have created.

What’s great about this song, though, is a lot of the dance moves are fairly simple and it repeats enough that you can easily learn enough to put together your own routine for this song.

Psy’s music video to this song was the first YouTube video to hit two billion views, so you’ve probably already seen it at least once and memorized the main “ride the pony” type of move the Korean pop star pulls off.

This is another song where most people can only do the moves from the choruses, so creating your own routine for the verses will impress everyone else on the dance floor. 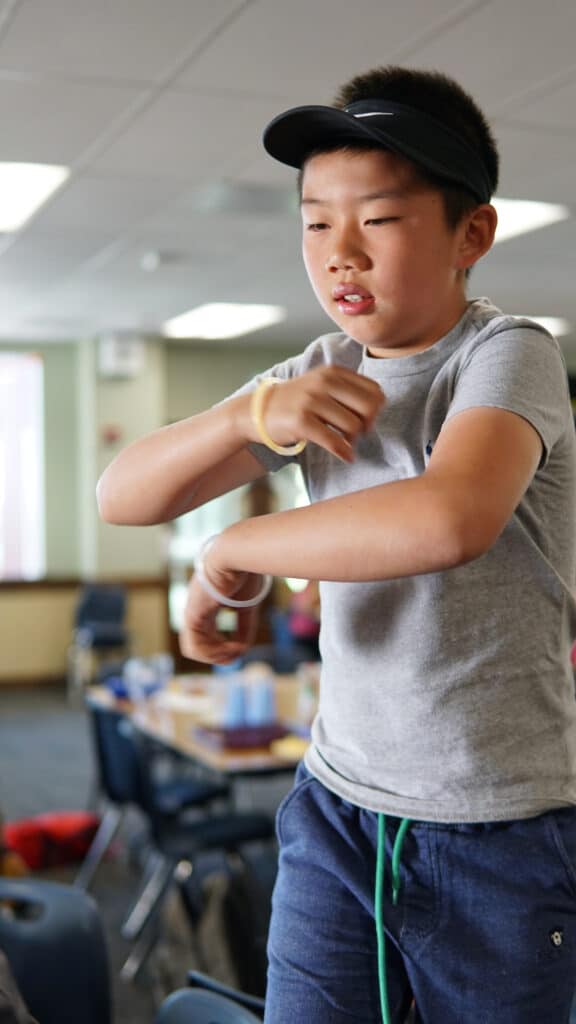 Despite being written and recorded by Justin Timberlake for the Trolls movie, this song holds its own as a great dance track with a fun routine that anyone can learn.

Not only is it easy to learn, but it’s also designed to let you create your own moves to go with the music so you can express yourself through dance. This makes it fun to do in a group setting or by yourself.

By far one of the easiest dance routines to learn goes with this classic that’s still played at nearly every high school dance and wedding across the United States. Los del Río released this song back in 1995 and it will probably always be around.

The entire routine involves moving your hands one at a time to different parts of your body. Then, make a one-quarter turn as you hear that famous “Hey, Macarena!” If you get lost during the song, just wait for the next one and start over.

If you’re looking for another simple repetitive song that’s newer, consider the Cupid Shuffle. Cupid tells you what to do in the choruses if you’re not sure what to do, but most people know the song well enough that you can follow them during the rest of the song.

To do this routine, you just have to move to the right, move to the left, take a few steps back, and then rock forward a few times before turning to face a new direction.

Here’s a quick tip for you. If you’re new to this one, find a spot in the middle of the dance floor so there’s always someone in front of you to watch.

Now that you have a few routines you can start learning for dance camp, let’s give you a few tips so you can get them down as soon as possible.

Watching the music video will help you get ideas about how to create your own dance routine to a song or help you find moves to fill in parts of songs that don’t already have moves in them.

While some music videos have everything you need to learn a song, many are lacking in moves or don’t show everything. That’s where tutorials come in.

You can find at least one tutorial for nearly every song and dance move in existence, so it’ll be easy to find something that slows things down and takes you through the song move by move.

It’s true that practice makes perfect, so don’t forget to spend as much time as possible practicing your new dance routine. If you practice an hour a day for a month, you can memorize a few of these songs and their dance routines.

Ready to Enroll at Our Summer Dance Camp?

Now you have a list of nine of the best dance routines you can perform at summer dance camp. At Pali Adventures, we encourage you to enjoy these classics and create your own original choreography.

If you haven’t already done so, be sure to enroll in dance camp as soon as possible. These spots fill up quickly, so if you want to jam to any of these songs with us, you have to make sure you reserve your spot.