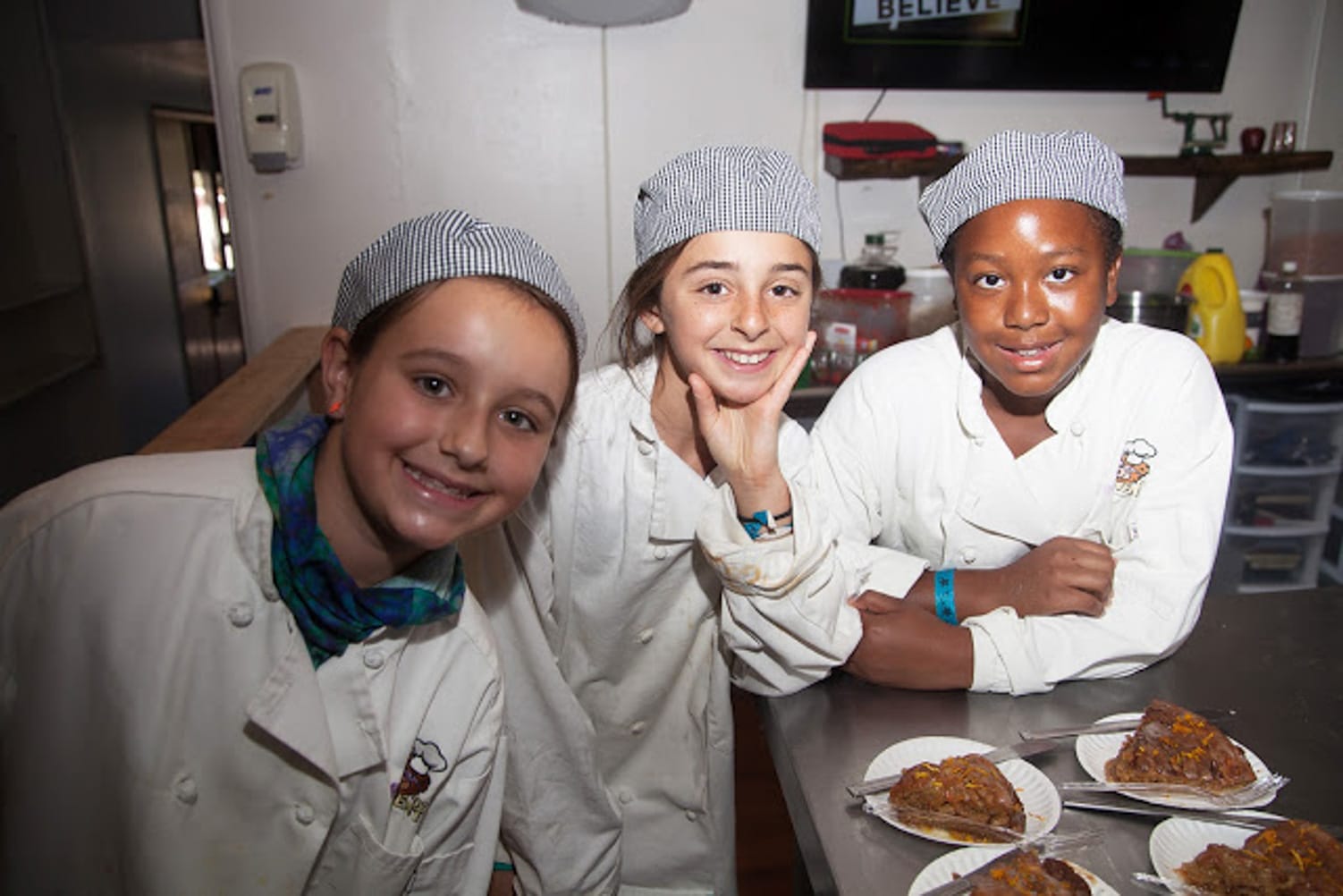 A Recipe for Culinary Fun

Let the Ultimate Cook Off Begin!

Television shows like Iron Chef and Chopped have become more mainstream than ever, motivating kids to experiment and enjoy themselves while cooking in the kitchen. At Pali Adventures summer camp, your child can become a culinary superstar in just a weeks’ time. Whether your child has years of experience in the kitchen, or is just beginning to explore the limitless bounds of the culinary world, a Culinary specialty at  summer camp is the perfect way to expand their horizons.Campers will learn different cooking methods, get to try new foods, and share meals with new friends. You can bet this will be the tastiest summer ever!

A Taste of Cooking Camp

Campers who participate in the culinary specialty will create yummy meals inspired by recipes sourced from all over the world. Each day, campers will cook a meal based on that weeks’ theme. Campers will learn how to create appetizers, salads, entrees, and desserts using ingredients that they may have never seen or tasted before. They’ll have the opportunity to learn new skills and recipes from culinary instructors who have something new planned for each day of the week. Feeling ambitious? Campers can repeat the culinary specialty for multiple weeks during their stay and cook a new recipe almost everyday!Campers will learn how to use different spices, employ various techniques for both baking and cooking, and adhere to kitchen safety guidelines. There is also the option to bring a favorite recipe from home and recreate it for your new camp friends!At the end of each week, campers participate in an “Iron Chef” style competition. During this competition, campers create winning dishes for a panel of “celebrity” judges. Iron Chef dishes involve a set of required ingredients which campers use to create a unique meal as they try to dazzle the judges.

In Pali Adventures culinary speciality camp, campers have access to their own professional kitchen where they work in small groups, guided by counselors and staff who are well trained in the culinary arts. Campers also learn valuable skills like meal planning, how to use unique ingredients, basic kitchen safety such as knife skills, chopping techniques, and how to use a stove.Campers who are more hesitant in the kitchen gain confidence to cook any recipe without fear. Pali’s culinary specialty allows kids to learn, experiment, and make mistakes in a no-pressure environment. Campers leave with a newfound sense of pride and feel courageous about taking charge in the kitchen!

The Benefits of Cooking Summer Camp

Math over the summer?  Campers utilize math skills as they learn how to measure ingredients and how to halve, double and triple recipes to get the right yield. Campers learn the importance of following the directions of a recipe, but also learn the value of improvisation while in the kitchen.Campers who participate in our culinary speciality take home their very own chef’s hat and camp cookbook with plenty of kid-approved recipes. Many campers return home feeling extremely confident with their new skills and offer to cook a meal for the whole family!One of Pali’s most popular specialties, Culinary fills up fast, so ENROLL YOUR CHILD IN CULINARY CAMP TODAY! Read the PALI BLOG for information on our other specialty camps.