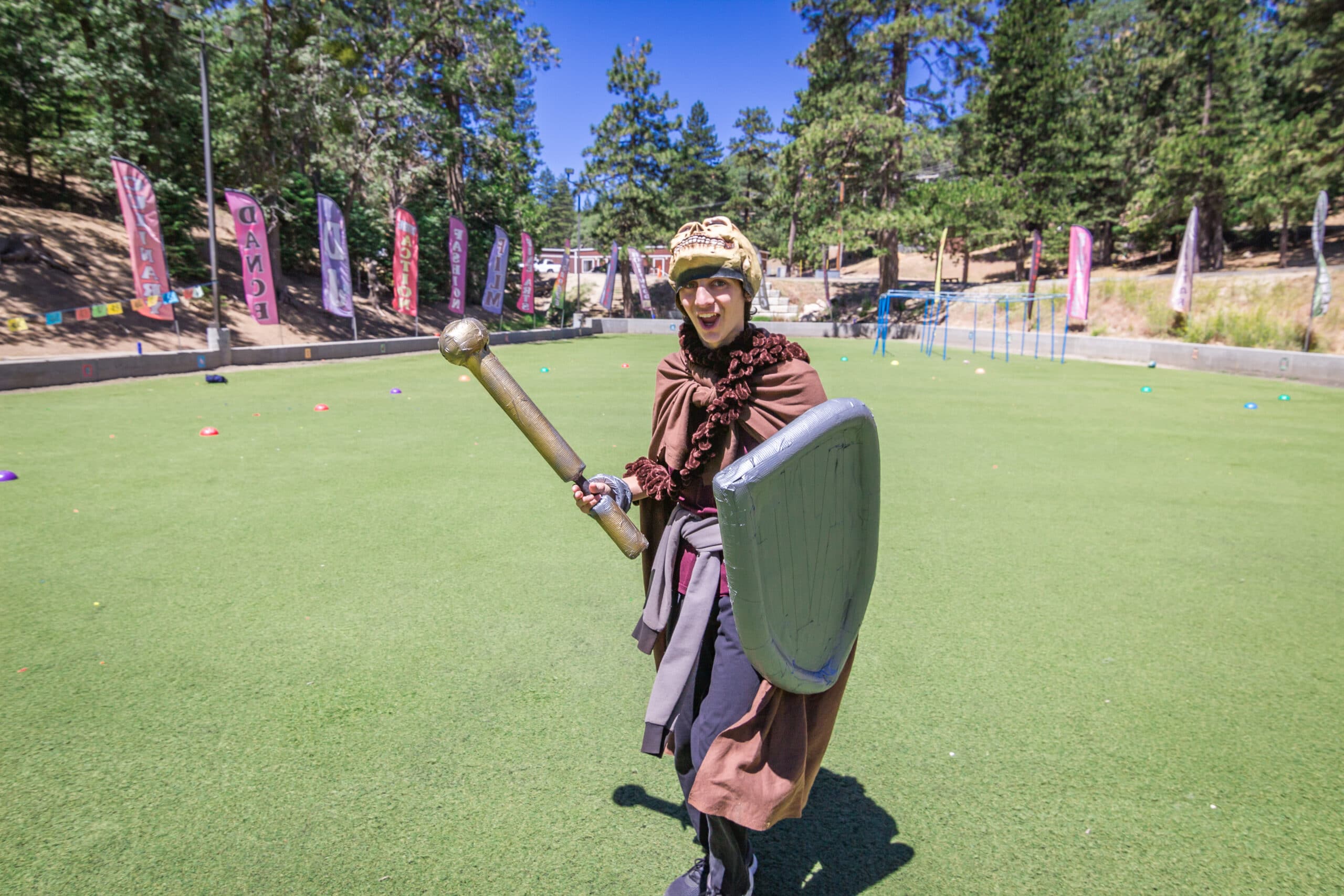 Ever wanted to become an elf for a week?

Campers at Pali Adventures LARP summer camp get to do just that. Maybe they want to become an orc, wizard, dwarf, or whatever fantastical creature they want, instead. That’s okay. The sky’s the limit when it comes to creating LARP characters.

In order to bring LARP camp to life, characters need to have a costume. Our counselors will walk campers through everything they need to make a creative costume. This way campers can make their outfits and boffer weapons at home to use in other adventures.

Here are some basics for how to make the perfect LARP outfit for camp.

Let the Clothes Speak for the Character

During the character-making process, campers will decide not only what type of character to become, but also their backstory, abilities, and place in society. All of these things should be reflected in the character’s costume. 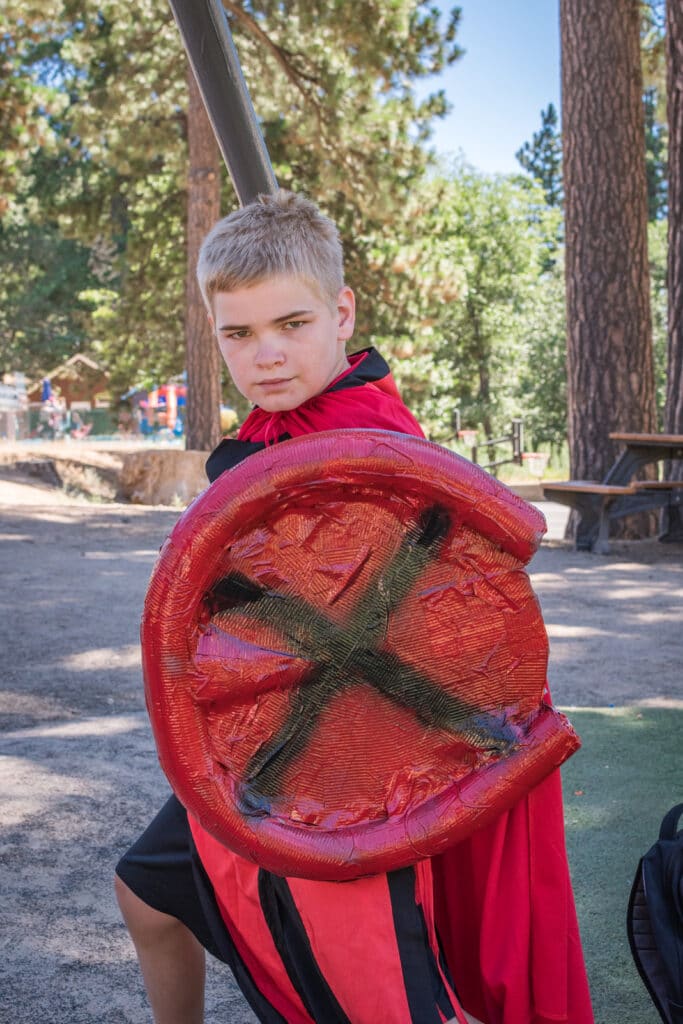 A character who is good with a sword can’t fight in a dress that’s got no room to move. A wizard probably wouldn’t wear metal armor. Yes, there are always exceptions, but a character’s costume is their first impression. It dictates how others should initially interact with them. No one will bow to a member of the royal family who is wearing rags. However, if those rags were part of a deeper backstory, then it would be okay.

Being creative with costuming choices is great, but remember, if it takes too much storytelling to explain, that’s less time spent progressing the campaign.

LARP is an extremely physical activity. Not only do most of the campaigns require players to stand and run a lot, but they also need to be able to move well in their costumes for combat situations.

Campers should focus on making costumes that are roomy, but not so big they’ll get in the way during boffer battles. As cute as things like corsets are, they simply aren’t made for hours of running around and swinging a sword. The same thing goes for full armor. Eventually, the edges of the foam armor will cause bruises and scrapes. Plus, sitting down to relax is a pain

We want campers to enjoy their adventure, not regret their costuming choices.

Building a costume goes smoother with a solid plan in place. This way players are sure they have everything they need to finish their outfit, plus all the accessories and props. They will have full access to all of our costuming materials to make the process as easy as possible.

Counselors will be on-hand to teach campers how to complete every step of their costume from shirt to headpiece. Planning ahead of time will ensure the time counselors spend helping is productive instead of wasting time organizing.

Here are a few ways campers can prepare to start making their costumes:

Learn How to Build Long-lasting Costumes

The best LARP costumes will last for many, many campaigns no matter how physically active the player is during gameplay. Well-built costumes are also safer. When a piece of costume fails during a combat scenario, it can lead to accidents. We want everyone to be safe, so counselors focus on creating strong costumes the campers will enjoy for quite some time. 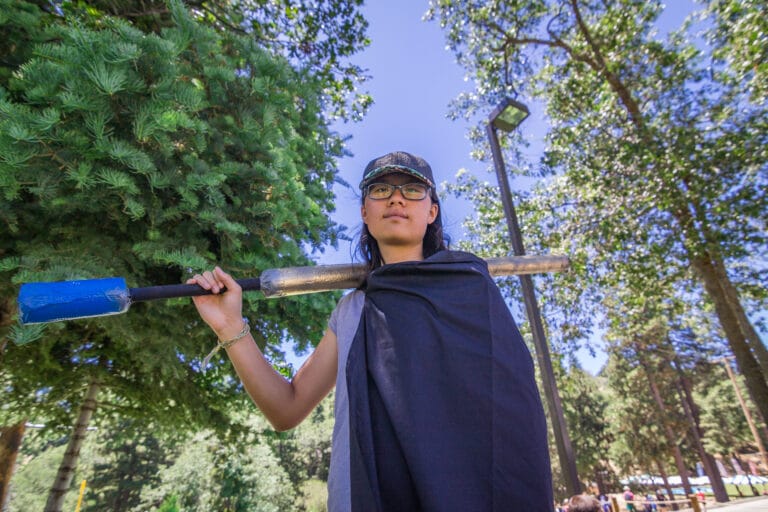 Learning how to stitch and properly use a glue gun are probably two of the most important skills when it comes to making long-lasting costume pieces.

All LARP players use blunted foam weapons at camp. These boffer weapons are usually made from PVC pipes, foam noodles, and duct tape. Players can get creative with their weapons to make things like battle axes and shields from cardboard, duct tape, and foam sheets.

To customize each weapon to fit the character, campers use different colored duct tape.

The boffer weapons are pretty durable and most importantly, safe. At the end of their session, campers get to take them home to use in the future.