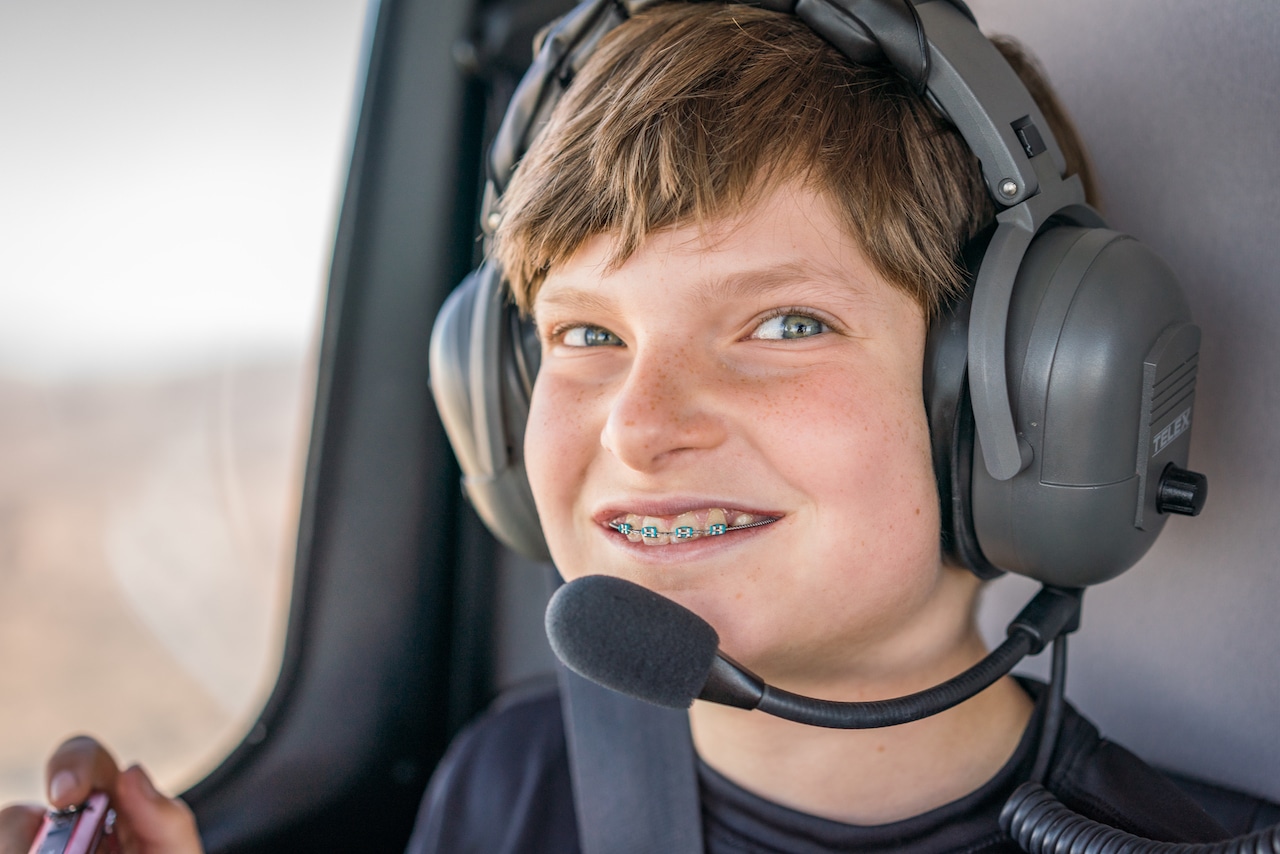 If you’re passionate about aviation and want to learn everything you can about planes, helicopters, and other aircraft, there’s an easy way to do that without trying to sneak into the cockpit next time you fly somewhere.

By attending aviation summer camp at Pali Adventures, you’ll have the opportunity to explore several types of aircraft. You’ll also get the chance to fly one before the end of the week.

Keep reading to learn more about some of the aircraft you can explore if you come to our aviation camp this summer.

With the first of these planes hitting the air back in 1979, this classic two-seater has a wingspan of 55 feet and is 27 feet long. It can reach speeds of 175 miles per hour.

While the Schleicher ASK 21 is most often used for beginners to learn on, it can also be used for aerobatics and cross-country flights.

Because it’s designed to be simple, it’s one of the first planes we suggest you explore at aviation camp.

The first of these planes came off of the production line back in 1960, but their popularity kept them in production until today. It has undergone a few modifications over the years, b it remains basically the same.

Originally used by the United States Army, this twin-engined plane can carry cargo or up to five passengers. It’s 28 feet long and has a 37-foot wingspan.

If you want to know what it feels like to fly a commercial airliner, this is one of your options. Introduced in 1989, you can now find them carrying people and their luggage all over the world.

The Boeing 747-400 can carry up to 660 passengers and fly up to 7,670 miles without stopping when at full capacity. Currently, this aircraft holds the world record for the heaviest takeoff when it reached over 6,500 feet while weighing in at 892,450 pounds.

You’ll also get the chance to explore the 737-800, another commercial airliner that’s similar in design and purpose as the 747, but smaller as it can only hold up to 189 passengers. 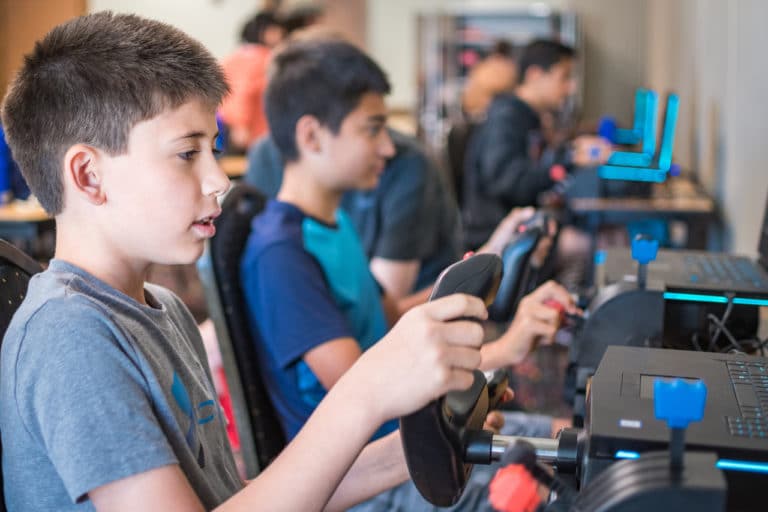 If you want to enjoy a plane that’s received a handful of awards recently, then you’ll have to check out the Cirrus Vision which came off the assembly line in 2016.

One of its achievements is being the first single-engine jet designed for civilian use. Something else that sets this aircraft apart is that it’s the first jet to have a whole-aircraft ballistic parachute.

This small jet can seat up to six passengers in three rows of comfortable seats and is crewed by one pilot. It’s got a 38-foot wingspan and is 31 feet in length.

Since its creation in 1964, this has been one of the most popular aircraft and it’s still produced to this day. Some of the newer versions released are known as Super King Airs.

This model is 35 feet long and has a wingspan of 50 feet. It can be crewed by one or two people and has space for up to seven passengers. The Beechcraft King Air can also fly up to 1,300 nautical miles in one flight and get up to 30,000 feet.

Because of its popularity, this is another aircraft we strongly recommend you try out during your time at aviation camp.

The most popular plane by far, over 44,000 have been made and purchased since their introduction in 1956. It has space for one crew member and three passengers.

It has a wingspan of 36 feet and is 27 feet from nose to tail. It can’t fly as far as some of the other planes on our list, with a range of only 800 miles.

With how popular it is, we highly recommend spending lots of time with this one if you want to fly a smaller plane.

From 1979 to 1999, there were just over 1,000 of these commercial airliners built. It’s a narrow-body jet that can seat up to 179 passengers and requires two people in the cockpit.

This aircraft is 147 feet long and 107 feet across the wings. It can carry nearly twice its weight in passengers and cargo combined, and can travel over 2,000 nautical miles on a single tank of gas.

The McDonnell Douglas is fun to explore because of its unique narrow build that other commercial airliners don’t have.

Pali Adventures is a summer camp, not an airfield. As such, you probably already guessed that we don’t have all of these planes on site for you to explore.

What we do have are virtual reality (VR) setups so you can check out all of these planes without leaving the ground. This keeps everyone safe and gives you full rein to learn about your favorite aircraft.

You also get to fly all of them, which is something you couldn’t do if you were looking at real planes. 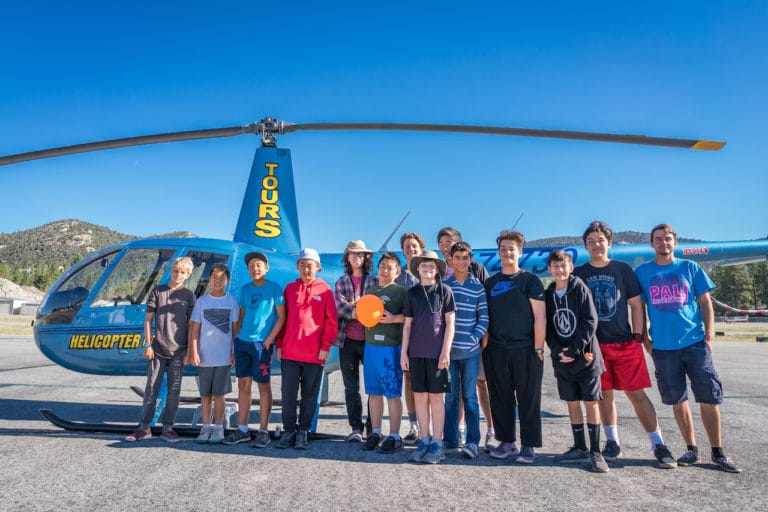 Flying in a Real Helicopter

There is one real aircraft you will get the chance to actually fly in while you’re at aviation summer camp. That is a helicopter.

In it, you’ll receive a flight with an experienced pilot who is qualified to show you the basics. During your flight, you’ll get to soar high above Pali.

No matter how much fun you’ll have with different aircraft in VR, nothing will quite beat this chance to fly in a real helicopter.

Now you know some of the aircraft you’ll have the chance to explore while attending aviation summer camp at Pali Adventures. As you can see, our VR flight simulators provide plenty of opportunities for you to learn about many different planes.

Be sure to enroll today if you haven’t already done so! Spots for our aviation camp and all of our specialty camps fill up fast so make sure you reserve yours today so you don’t miss out.