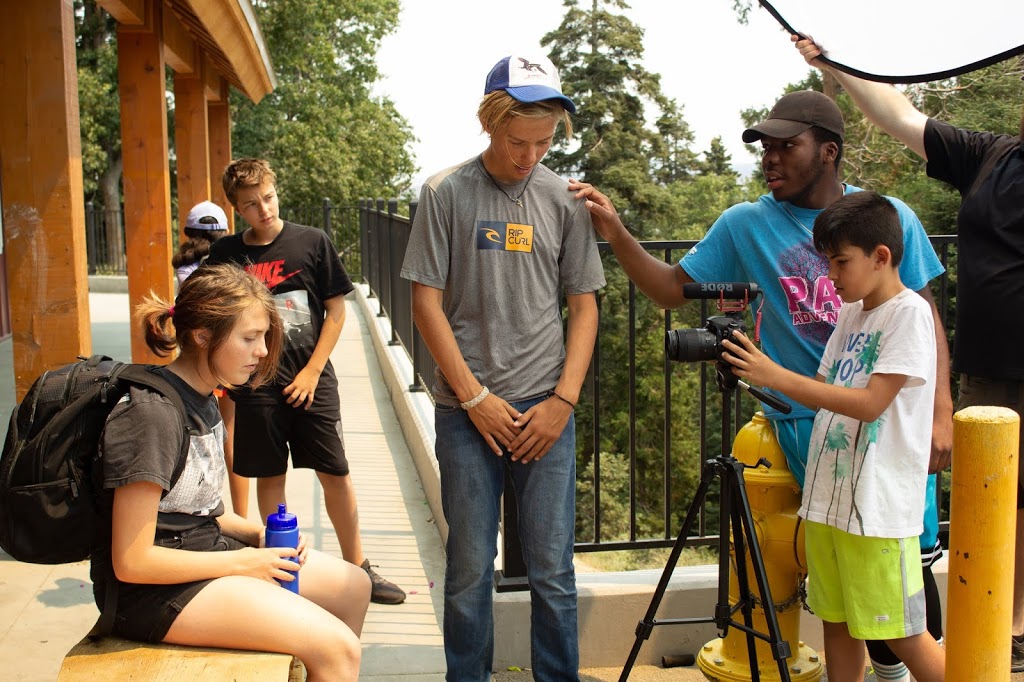 Does your child love making short films at home? Do they dream up new movie plots and play around with different camera angles in order to get the perfect shot? If this sounds like your little budding movie maker, then the film summer camp specialty at Pali Adventures is the perfect creative outlet for your child.

Pali Adventures’ week-long film summer camp specialty teaches kids what it takes to write, produce, and shoot a unique short film from scratch. At camp, kids will learn how to create a film from start to finish, and will leave camp with a digitized version to take home and share with friends and family. Whether your child is a video novice or a seasoned YouTuber, the filmmaking specialty offers something for everyone regardless of your skill level.

Sending your child to a camp that focuses on teaching filmmaking for kids will help your child advance their technical skills in order to take their videos to the next level! If your child is interested in the arts during the school year, letting them participate in creative arts camps during the summertime will help them fine-tune this passion.

What Does a Week of Filmmaking at Pali Adventures Entail?

During the course of the week, campers will learn about screenwriting and hands-on directing, basic camera operations, sound and lighting, and post-production editing, which includes using software like Final Cut Pro and working with Mac computers. The filmmaking specialty will also teach campers a bit of film history in order to give context to new techniques being taught.

Campers will spend a day breaking into teams and collaborating with campers in the acting specialty to help bring their ideas to life! Two days at camp will be devoted to filming and two days are devoted to the editing process. Over the course of a week, campers will create a 3-5 minute video which will be shown during the Pali Adventures film festival, which takes places on the last day of camp – and will premier for all to see on a big, inflatable screen!

The showcase involves all of the fine arts specialties at Pali Adventures, so your child’s work will be shown alongside a fashion show and a cooking competition, too!

Benefits of Filmmaking for Kids

For many kids, the film specialty at Pali Adventures is the first step for those who dream of getting into the film industry. It introduces children to the basics of filmmaking so that they can get a general overview of how a film is created – from the ideation stage, all the way through to post-production.

Pali’s film summer camp offers kids a chance to explore their creative side without the pressure of school, studying, and exams. Pali counselors are there to guide campers through every step of the filmmaking process, ensuring that your child leaves camp feeling accomplished and confident with their new skills.

Pali Adventures film campers have a blast working with industry professionals, staff, and counselors who are there to help you bring your vision to life. Filmmaking campers also work with campers from the acting specialty to help narrate their short films which are often filled with silly antics and lots of humor! At film summer camp, kids also learn how to use special effects techniques in order to turn their 3-5 minute films into one of a kind masterpieces.

Campers return to the film specialty year after year to keep improving their videography skills, all while making new friends and life-long memories! Who knows—Pali Adventures film camp might be your child’s first step in becoming a Hollywood movie producer!

For more information on Film camp and other specialties, visit the Pali blog.