Learn All the Fortnite Dances at Pali Adventures 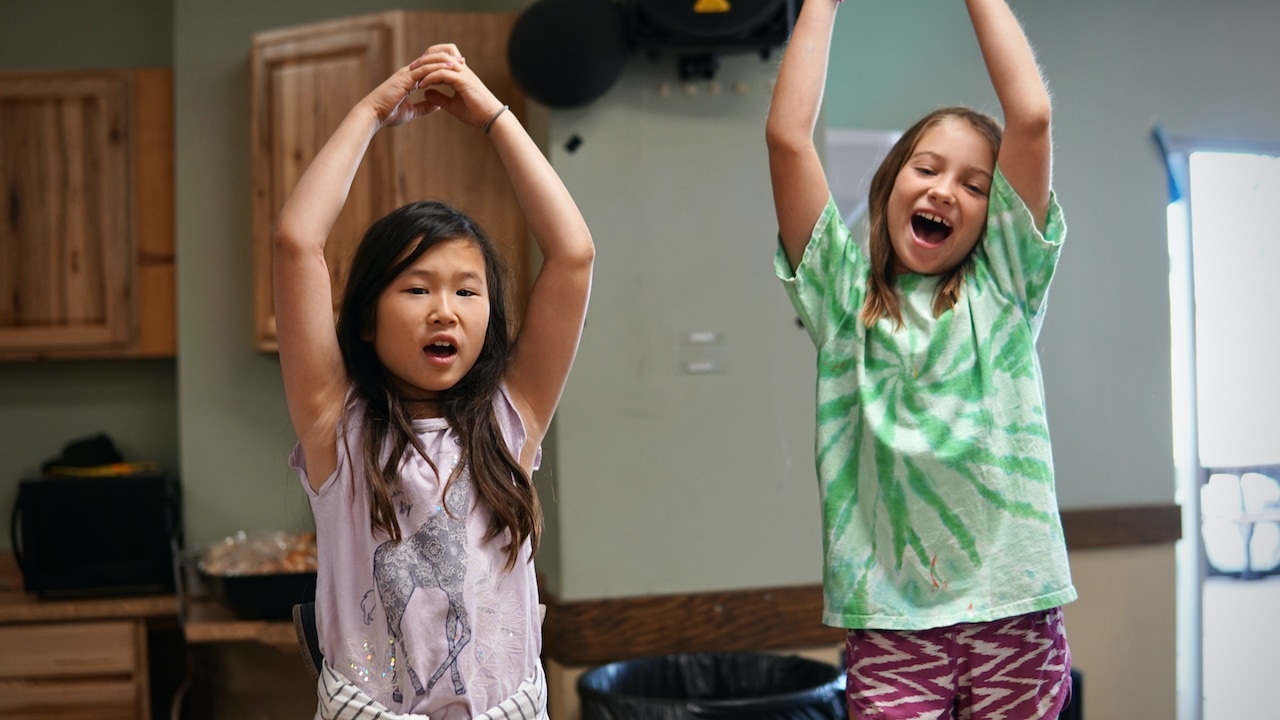 While Fortnite has a lot to offer players in terms of fun gameplay and great graphics, most people are more aware of what it offers the world: new dance moves to master.

If you want to learn all of the Fortnite dances, there’s no better place to do that than summer dance camp at Pali Adventures. Whether your instructor or your cabinmate teaches you, you’re sure to learn everything you need to know to master these famous moves.

Keep reading to learn more about these popular dance moves and how you can start practicing them for a week of dance camp.

What Are the Fortnite Dances?

There are a number of Fortnite dances and the first step to learning them is to learn their names. Let’s get into some more details about each of these dances and how it came to be part of the game. 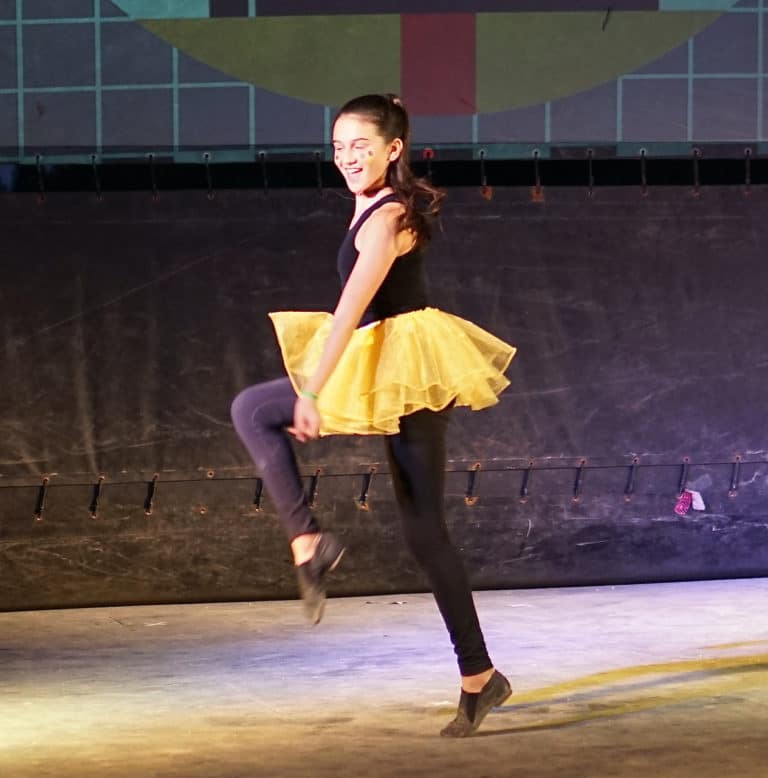 As its name implies, this is the default dance that all players have access to at the beginning of the game. It’s also the first dance that was introduced by the game.

It’s difficult to describe because it involves quite a few movements, but it starts with an expressive walking in place, moves onto some pointing, and ends with arms crossed over your chest.

Possibly the most well-known Fortnite dances because it’s simple enough for anyone to learn and unique, this dance wasn’t created by the game but was certainly popularized by it.

Flossing involves swinging both of your arms while keeping them stiff and straight. You swing them forward and to one side, then back with one arm going behind your back before swinging them out to your other side.

Despite losing a user-submitted competition for a new Fornite dance, it was eventually added to the game because of how many fans loved it.

This dance has you shifting your knees from side to side as you simultaneously rotate and cross your arms and move up and down. While it’s a bit tricky to learn, it’s a fun one to try and easily recognizable because of its popularity.

This is another Fornite dance that’s popular in large part because of how easy it is to do. Nearly anyone can learn and perform this move with little work.

You’ll want to put your arms out to your sides and dangle your forearms. Move these from side to side in rhythm with your legs as you run in place, lifting your knees to hip level.

Here’s another fairly simple dance move for you, though this one requires a prop: a llama bell. If you don’t know what that is, it’s like a cowbell but it’s in the shape of a llama.

To pull off this move, you’ll want to rotate your hips while swaying from side to side. Throw in a circle with each leg as you get to that side, all while keeping the rhythm with your llama bell. If you don’t have a llama bell, you could probably clap your hands for a similar effect.

This dance may be a reference to the recent remake of Steven King’s It because it’s performed by Pennywise the clown. However, Fortnite’s version has a fun twist.

Take the L involves making an “L” with your fingers and holding it against your forehead in a traditional “loser” position. Then, spin in a circle as you jump and kick your legs out, one at a time.

This Fortnite dance exists thanks to YouTuber Gabby J David. It’s incredibly complicated so we’ll skip trying to describe it except to say there’s some twirling and a LOT of leg movements.

Whether or not you’re a fan of the show The Fresh Prince of Bel-Air, you’ve likely seen the so-called Carlton Dance which has made a comeback in popularity recently all over the internet. It’s what inspired Fortnite’s Fresh dance.

This move involves stepping from side to side. As you step to the left, swing your left arm up and bring your right fist up to your chest. Repeat on the other side, and don’t forget to throw in some crossed arms and knee touches for variety. 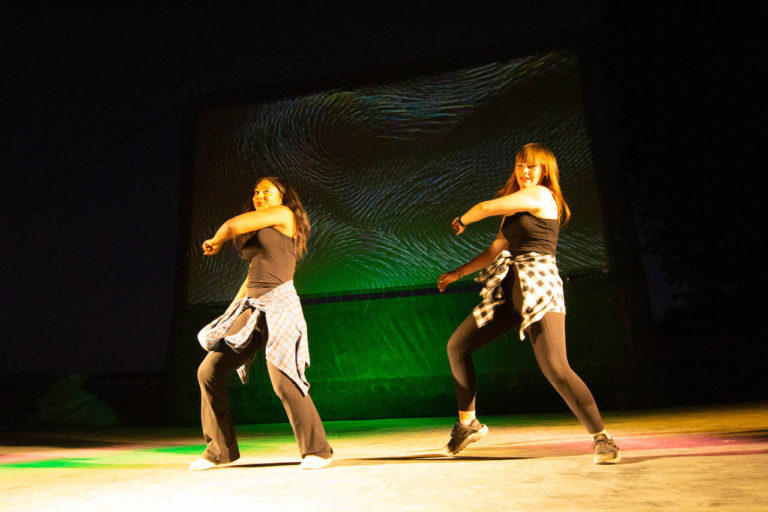 This was another dance offered to players as a reward but can also be purchased in the store. It’s simple enough that anyone can pull it off, but can be exhausting.

To “get hype,” jump on one leg while holding the other out in front of you and kicking with it. With your hands, alternate between pumping one of your fists in the air and moving both fists at your sides as though you’re skiing.

If you want to celebrate mastering a complicated Fortnite dance, you can do so with their Jubilation dance.

All you have to do is throw your arms up in the air. Then, stamp your feet rapidly as you spin slowly in a circle.

This classic dance existed long before Fortnite and was one of the earlier dances the game released.

Start by spreading your legs and bending your knees as if you’re – you guessed it – riding a pony. Hold the reins in front of your waist with one hand and use the other to swing a lasso over your head as you gallop in place.

How to Learn the Fortnite Dances

If you want to learn any of these dances, there are two easy ways to do just that. You can study the dance itself or look up tutorials that break down dances into individual moves. Both of these types of videos can be found in abundance on YouTube.

Once you’ve learned the basics, all that’s left is to practice as much as you can so you can get it to where you can do it without thinking about it.

Now you know the names of the Fornite dances and how you can start to learn them on your own so you’re ready to perfect them during your week of summer dance camp.

If you haven’t already enrolled for camp, be sure to do so as soon as possible. Spots for all of our specialty camps fill up quickly so you need to act fast if you want to make sure you’re there for all the fun and incredible experiences.