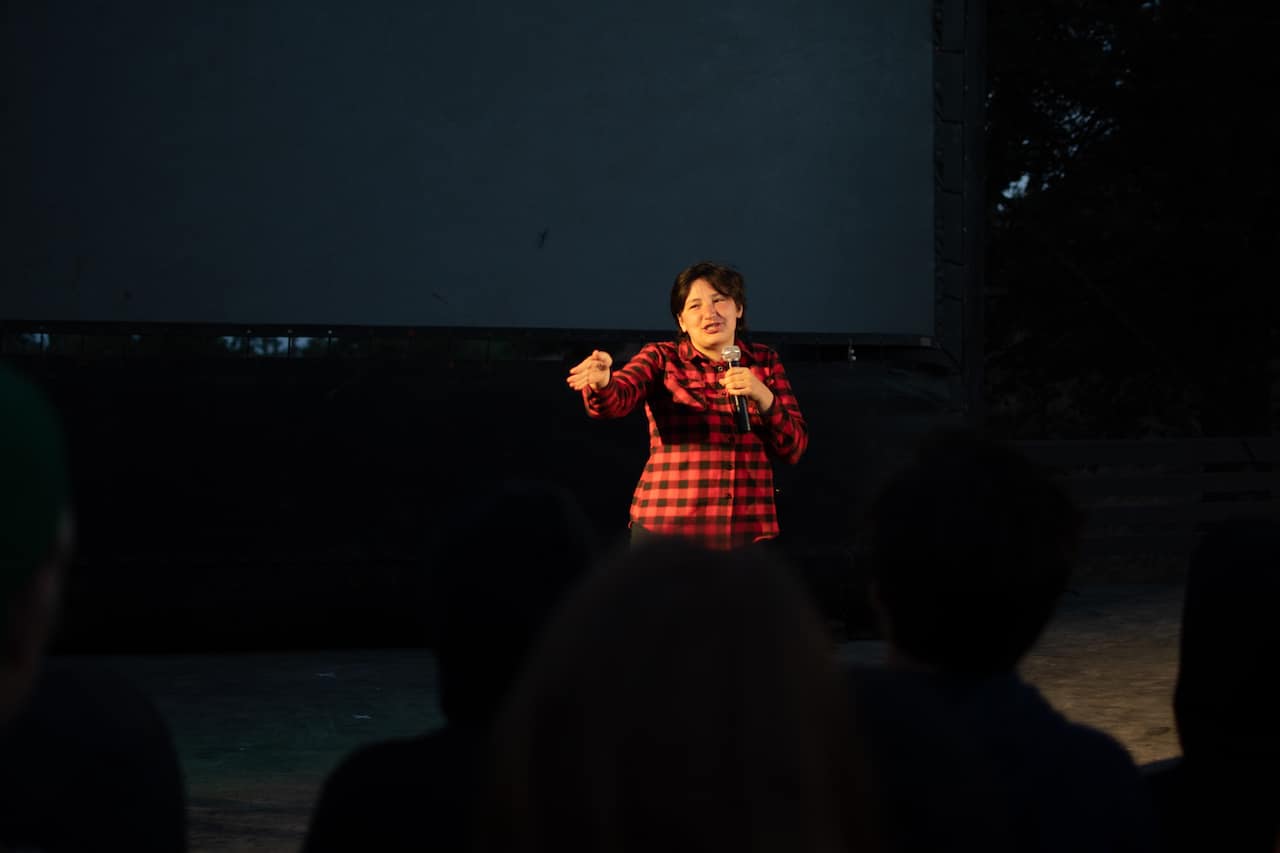 If you love making people laugh and feel like a career in comedy could be right for you, one of the best ways to test it out is by attending a comedy summer camp.

Here at Pali Adventures, we offer this specialty where experts teach you everything you need to know about being a comedian. By the end, you’ll have a better idea of your own style and how to keep your audience rolling in the aisles.

Keep reading to find out more about what we have to offer budding comedians at our comedy summer camp.

One of the first things you’ll learn is that there are a variety of comedy styles. If you think about popular comedy acts today, you’ll realize that not everybody uses the same methods to make their audience laugh.

As you probably already guessed, one of the main focuses of comedy camp is stand-up comedy. This is because there are many principles you’ll learn in this class that applies to all types of performances.

During these lessons, you’ll learn things like comedic timing, proper tone of voice, and how to tell a story in a compelling and hilarious way.

One thing that sets great comedians apart from the rest is their ability to improvise. Things don’t always go exactly as planned, so you have to learn to roll with the punches. Improv classes will help you learn to do that in the funniest way possible.

A sketch is essentially a funny skit that’s less than 10 minutes long. In most cases, it’s performed by a group of actors. For example, look no further than Saturday Night Live which is made up almost entirely of sketches.

A classic example of physical comedy is the Three Stooges. However, there are many ways you can use your body, props, and other things in your environment to create an incredibly funny comedy act.

One of the things you’ll learn as you explore these different styles of comedy is what your own style is. This is essential because not everybody is going to be great at stand-up, sketches, or improv.

While all of these areas can work together to improve your comedic abilities, most comedians find that one style works best for them. Many will also find a certain subject they can talk about that’s unique to them or that resonates well with their audience.

For example, someone who has a certain disability can share funny stories about encounters they have thanks to their unique situation. Others talk about parenting or work because they know other people can relate.

During your week of camp, your instructors will help you find your comedic style and voice so you can hone the right skills and find the right stories to tell. 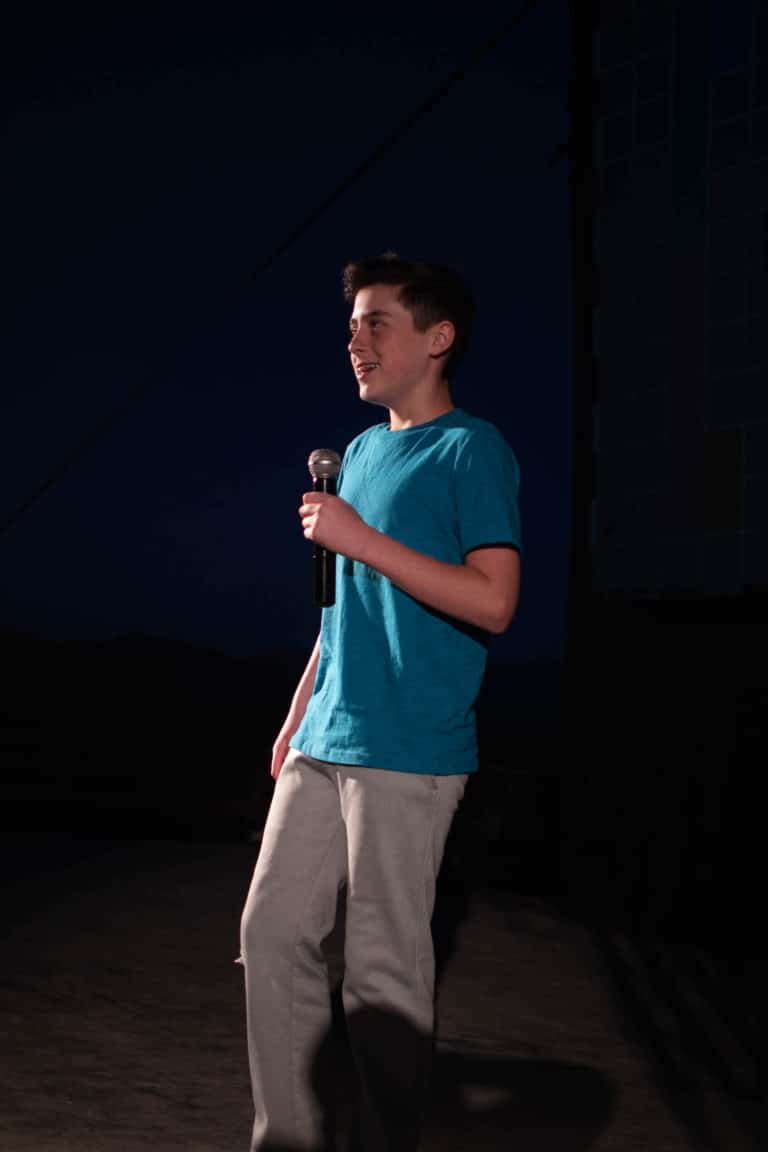 Create and Perform Your Own Stand-Up Routine

A huge part of what you’ll get to do while at our comedy camp is to create your own stand-up routine or a sketch. This will be performed for the other campers at the end of the week at the Pali Showcase.

You’ll be able to put everything you’ve learned into practice and get some real-life experience as a stand-up comedian. It’s a great way to get a better idea as to whether or not you want to pursue comedy as a career or try your hand at something else.

You can then take this routine home with you and share it with friends and family members. Besides that, you can use the skills you learned to develop more routines and start expanding your library of stories you can tell for your audiences.

Learn How to Work the Crowd

Your goal as a comedian is to make your audience laugh, whoever that may be. In the world of stand-up, you’ll often have a live audience that will give you instant feedback as to whether or not your jokes are funny.

For some, this can be intimidating, which is why it’s one of the things we teach during your week of camp. We want to make sure you know how to tell a story the right way so the punchline is perfectly timed.

We’ll also help you learn to improvise and interact with the crowd to get them more interested in what you’re saying. This is a trick many comedians use to keep their audience engaged throughout the show. 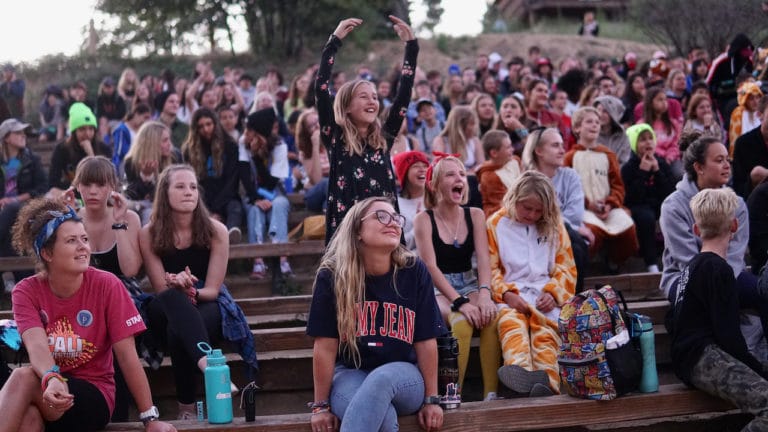 Soft skills are also known as interpersonal skills. They help you better interact with the people around you, whether it’s your family, people at school, co-workers, or your audience. These are skills that can’t be easily measured because of their nature.

The reason we focus on helping you develop soft skills at comedy camp goes beyond how they can help you as a comedian. After all, not everybody that attends comedy camp will go on to be the next Robin Williams.

We teach these because they can help you be a more well-rounded individual. You can use these skills in every area of your life since they’re not limited to comedy.

Creativity is one soft skill that you’ll work on while at comedy camp. This is necessary for knowing how to tell a great story and coming up with interesting ways to express ideas during sketches.

We also focus on things like self-confidence, critical thinking, and verbal communication skills.

Now you know what it’s like to be a comedian at stand-up comedy summer camp. As you can see, there are tons of things you can learn that will help you on your path to becoming a comedian.

If you don’t have a spot reserved, enroll today. These spots fill up quickly, so you’ll want to get in as soon as possible to avoid missing out. Even if you’re not completely sure you want to go to comedy camp, you can enroll now to reserve your place and then choose a specialty later.