5 Tips to Get the Most out of Comedy Summer Camp 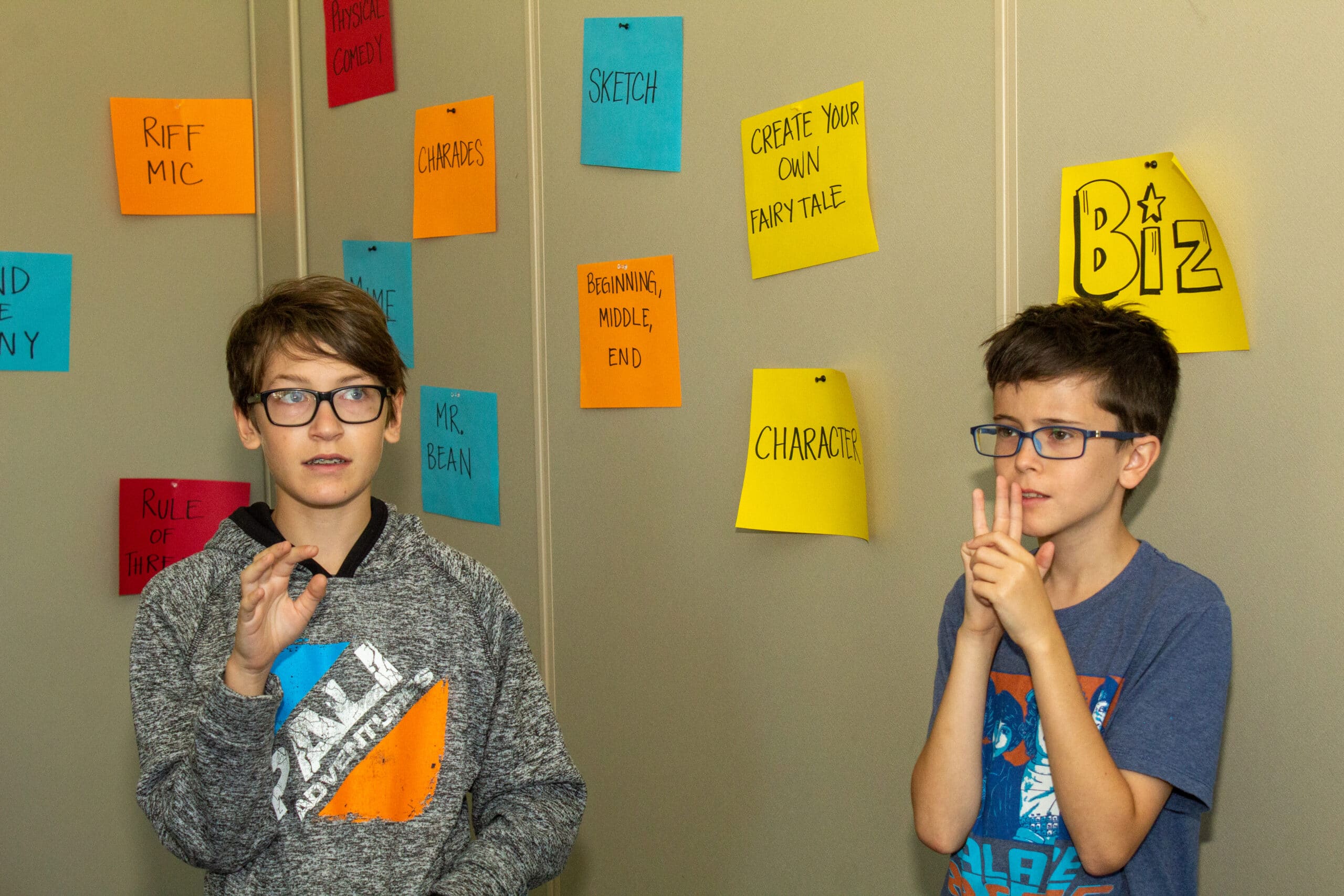 Most people have a picture of what they expect a typical summer camp to be like, and it’s usually based on what they’ve seen in movies and TV shows. You picture cabins, nature hikes, and campfires. While that’s all part of the experience, more and more kids prefer a summer camp that also helps them pursue their passions and their potential career paths. If that’s what you’re looking for and your child has a penchant for comedy, look no further than comedy summer camp.

Of course, you want that camp experience to be the best it can be for your child. They can make the most of their camp with these top tips.

1. Choose the Camp With the Experience You Want

Each camp may have its own features and strengths, but not all camps are created equal. Some are designed to be more budget-friendly, so they don’t provide as much hands-on comedy work or their instructors aren’t as experienced. 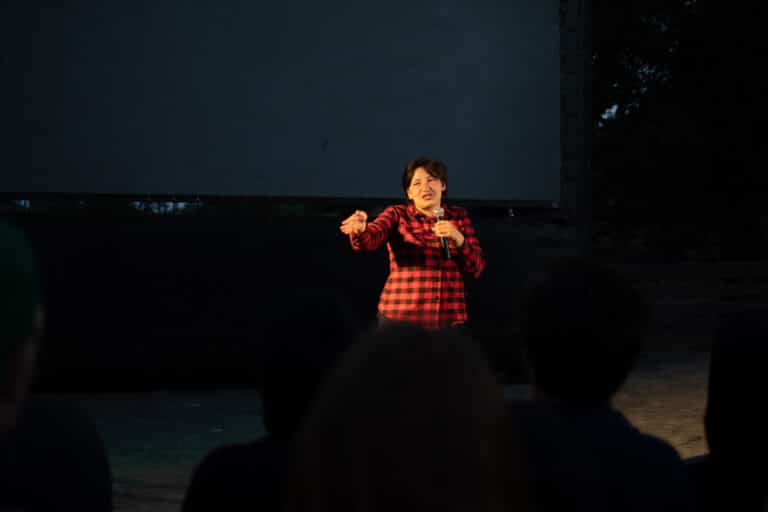 Camps also vary based on how much emphasis there is on comedy. Some camps may offer a few comedy courses but focus primarily on traditional summer camp activities. Other camps are all about the comedy and don’t provide much of a classic “summer camp” experience, while still others like Pali Adventures strike a balance between the two.

The trick is to determine what your child wants from their comedy summer camp experience and to find a camp that matches their vision. Make sure you involve your child in the process and help them get familiar with the camp in advance. The more they know about what to expect, the more likely they are to be able to relax, keep homesickness at bay, and have a great time at camp.

Comedy camp has two purposes: for kids to have fun and for them to learn and grow. If your child wants to delve deeper into comedy or is even considering a career in comedy, this camp can be the perfect opportunity for them to get a crash course.

Your child should come to camp recognizing that they’ll be able to experience many types of comedy and learn from people who are experts in their field. For example, our team at the Pali Adventures comedy camp will teach kids about physical comedy as well as verbal comedy, in addition to skits, stand-up, and improv comedy and more.

On top of learning about the essentials of comedy, campers learn about themselves as comedians. Our instructors will help your child to create and define their comedic persona and comedic voice so they have a direction for their work in the future.

There are countless ways to create and perform comedy. Even comedians who thrive on solitary stand-up have at least a few times in their career when they work as a comedic team.

Because teamwork is such an essential aspect of several comedic arts, your child should come to camp excited to explore with other budding comedians. Between writing and performing, your child will learn how to fit their own comedic voice into a group effort.

On top of the comedy portion of camp, your child will have plenty of other social opportunities throughout their summer camp. Get them excited about the idea of making new friends from all over the region and the country.

As with any learning experience, comedy summer camp is more productive if your child is working toward a specific goal along the way. It gives them direction and keeps them focused on gaining as much as they can in the experience.

Help your child set goals before their camp session. Their goals could include coming up with a new comedic character to explore, learn about a new type of comedy that excites them, or write their first short stand-up routine.

Don’t forget to help your child create goals for other aspects of the camp too. Maybe they want to make at least two new friends, or to try a new skill or activity they wouldn’t have the opportunity to try at home. Make sure they recognize that their entire camp experience can be full of learning and new adventures, not only the comedy sessions.

5. Bring Ideas and Works in Progress

When your child is at comedy summer camp, they’ll be surrounded by comedy experts and professionals, not to mention dozens of other budding comedians. What better environment for them to workshop their ideas and projects? 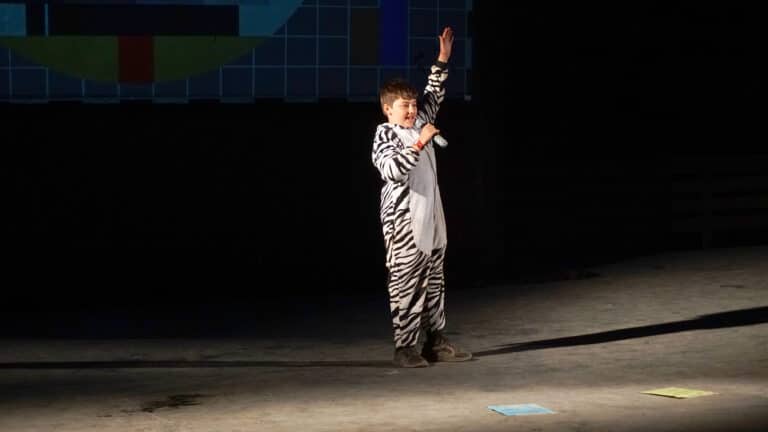 If your child has already begun exploring the world of comedy, they may have characters and ideas they’ve already started working on. Tell them to bring their notes and any other information to camp with them so they can get others’ opinions and ideas on how to improve them.

Along with this, remind your child to bring a notebook and anything else they need to take notes during the camp. Chances are that their comedy sessions will spark new ideas as well, and they want to be able to take notes to build on in the future rather than losing their progress when they come home.

For kids who have dreams of being the next stand-up legend or comedy movie star, comedy summer camp can be the perfect place for them to expand on their passion and learn how to put their natural comedic senses into action. The recipe for success for any great artist is a combination of natural talent and training on how to use that talent, and that includes your comedian-in-progress.

The tips above can help your child get the most out of their summer camp experience. Of course, it all starts with that #1 step of finding the right camp. To learn more about Pali Adventures and what our comedy summer camp has to offer, contact  Pali Adventures today.