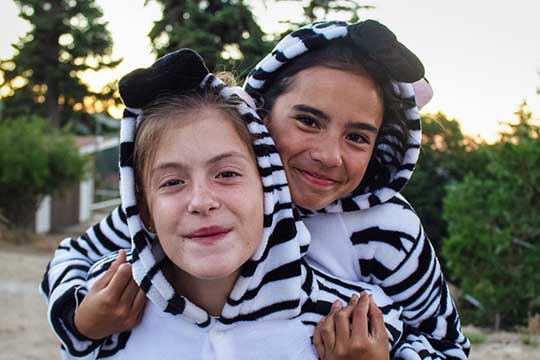 We’ve all heard that camp is a great place to make new friends. In fact, 96% of parents involved in an American Camp Association study agreed with the statement ‘Camp helped my child make new friends’. Those of us lucky enough to work in the camping industry understand that it is not the addition of new facilities or programs that brings people back to camp. What matters most are the friendships and connections that are made at camp. But what is it that makes camp friends so special?

The Atmosphere of Camp and the Ability to be Yourself

The camp setting itself is inherently welcoming and supportive. Without this kind of welcoming atmosphere camps simply could not operate successfully. The atmosphere of camp allows campers to feel truly comfortable being themselves as well as the opportunity to step away from any social groups or stereotypes that they are typically associated with at school. This can be incredibly liberating for some campers. In fact, I have had campers tell me that they do not want to have their friends from home come to camp because their time at camp is their time to step away from those friendship groups and be themselves. When a camper finds themselves in a welcoming and supportive environment and feels truly comfortable being themselves they are presented with the opportunity to make new friendships with other campers who will accept and respect them for who they are.

Part of the magic of camp is that it allows campers to step outside of their comfort zone and try new and exciting things that they cannot do at home. These new experiences are shared with the friends that have been made at camp (both in the moment and in reflection at the end of the day) and help to create special shared memories. In my experience, it does not matter how long camp friends have been apart, as soon as they are brought back together it feels like they never left each other’s side. This is evidenced every arrival day when two friends are reunited – usually with huge hugs and beaming smiles.

Last summer Pali Adventures was a summer home to campers from 35 different states and 42 different countries. Pulling so many people together from so many different cultures and backgrounds allows for new friendships to be developed with people who would not typically be in a camper’s social circle. This allows traditions and beliefs to be shared and exchanged in a safe and non-judgmental atmosphere which celebrates differences and allows for the development of deeper understanding and respect for others who may traditionally be considered ‘different’.

With the increased prevalence of social media, keeping in touch with friends (no matter how far away they may be) has become easier and easier. I know that family members of my own, who live in Australia and have attended camp, have remained in contact with friends that they made who reside in both the US and Europe. In a world where more walls seem to be being built to keep people apart, educating our youth to be more culturally sensitive and respect others can only work to enhance future relations on a local, national and international scale.