How Comedy Summer Camp Teaches You How to Work a Crowd 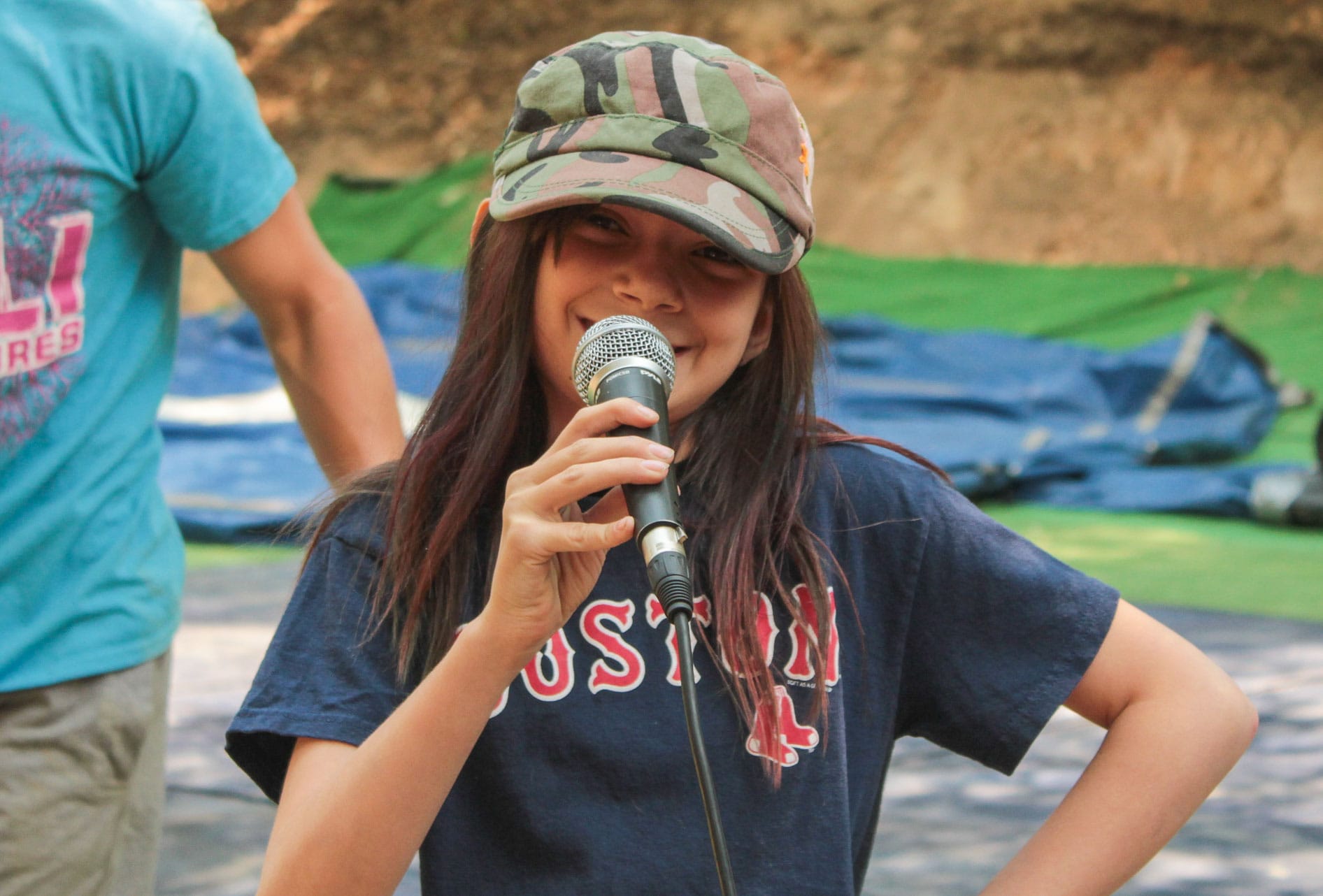 A surefire way to encourage a young comedian to focus is to equip them with all the tools they need to begin a successful career. All their chaotic energy becomes focused on learning techniques to better themselves.

At Pali Adventures, we offer Comedy Camp to give funny kids a place where their high energy antics are not only appreciated, but molded into useful skills that will take them from class clown to performing comedy routines in front of hundreds of people.

One of the most important skills is learning how and when to work a crowd.

Keep reading for a few tips on crowd work.

The Basic Rules for Crowd Work

What is crowd work?

Crowd work refers to the times when a comedian addresses the audience directly by asking questions and engaging in conversation.

Some comedians use crowd work to pad their stage time because they don’t have enough scripted material ready. Others love the thrill of embracing the chaos in the audience and improv their way through their allotted time. In either case, if you’re not a strong performer who can think on your feet, crowd work becomes a minefield. There’s potential for disaster anytime you rely on a stranger to give you something good enough to joke about for a minute.

Keep these things in mind whenever you want to try crowd work:

Don’t Be Afraid to Fail

Even the best comedians crash and burn when it comes to consistently doing good crowd work. There are too many variables for anyone to take one look at a crowd and know they’re going to cooperate.

Unfortunately in order to be good at crowd work, you need to be able to ignore the voice in the back of your head that’s wondering, “Will they play along?” Replace that doubt with confidence, otherwise the audience will be able to sense it and may not want to engage with you.

A surefire way to recover when the audience doesn’t respond, or responds in a way that’s so startling you can’t recover, is to admit you’re stumped. Having the ability to laugh at yourself is endearing. It gives everyone in the room a common thing to enjoy. Let’s be honest, most comedians spend a lot of their time laughing at themselves, anyway.

Use that group laughter to shift to your scripted routine and get the show back on track. Remember, crowd work is about making the audience feel like a part of the show, it shouldn’t be the whole show.

Crowd work should only be about 10% of your set. That means you need to have some decent material ready to go whether or not the audience responds to your questions and observational humor.

Good comedians have the ability to weave the crowd work and rehearsed portions of their act together seamlessly. They accomplish this by using leading questions while talking to the audience. Say, for example, the comedian has a joke about adopting a new dog. Asking, “Who here has a dog,” is too vague. Get straight to what you want and ask, “Has anyone adopted a new dog?” If no one responds, the joke still works because you’ve practiced delivering it without the audience response many times before.

Here’s a few tips to make sure you’re prepared:

Listen to Your Gut

Quite often our first response to a situation is the funniest.

When doing crowd work, there is no time to stop and think up a funny response. You need to develop the skill to break past the need to stop and analyze everything you say.

This means being honest yourself about how you react to certain situations. Take a walk through your neighborhood. How do you feel when you walk past a house belonging to someone you think is cute but way out of your league? Does your stomach drop? Do you consider walking on the other side of the street? Do you find yourself fantasizing an elaborate situation where their parents find out you think they’re cute and their parents chase you away? Whatever pops in your head first is how your true self feels about that situation. Some people call this their gut instinct.

Know How to Read a Crowd

No two audiences are alike. That means you need to do a little homework in order to figure out what parts of your act they will engage with the best.

If you can, take a few minutes before you go on to stand at the back of the crowd and just watch. Is there a lot of energy in the room? Can you hear a penny drop? Is the crowd made up of fans of a certain team who just lost the game? These are all good things to know before starting your set. A rowdy crowd will need wrangling. The bored crowd requires a jolt of energy to wake them up. The angry sports crowd? It means you should probably stick to non-sports jokes.

Join Us at Comedy Camp to Learn So Much More!

Comedy isn’t as easy as it seems. It requires countless hours of rehearsals, rewriting material, and learning how to trust your gut when it comes to dealing with a crowd. These are all things young comedians should learn as early as possible if they want to succeed.

At Pali Adventures, we want to give everyone at Comedy Camp the skills they need to go on to do great things in the future.

Contact us today to learn more about Comedy Camp!