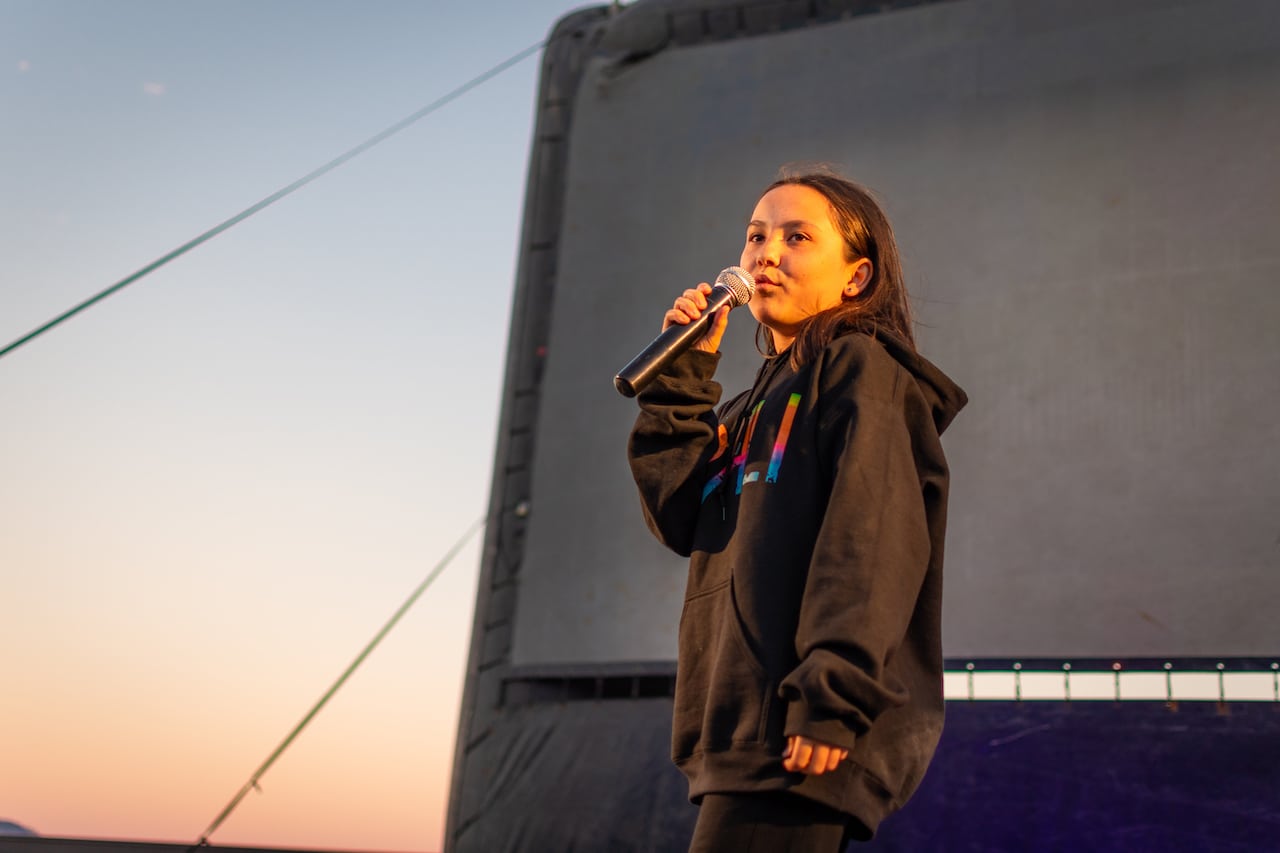 Romeo, oh Romeo, wherefore art thou Romeo? This soliloquy may be one of the most famous monologues in the world, but that doesn’t mean it should be your audition piece. While it’s traditional, it’s outdated, overdone, and, unless you’re auditioning for Shakespeare, not usually a good indicator of your acting skills.

So if you leave the olde English that no one can pronounce (or understand) in the past where it belongs, what should you do for your audition? The answer depends on what the audition instructions are. Here are some tips you’ll learn at acting summer camp to make a great, lasting impression.

Types of Auditions: Prepare Your Own or Read a Part

There are two main types of auditions you’ll encounter in your life. There’s the one that asks you to prepare a monologue that’s 2-5 minutes long and the type that has you read for a project-relevant role.

No matter which type of audition it is, the most important thing is that you learn your lines! You’d be amazed at how many people walk into an audition and say “line?” That’s not the kind of impression you want to give.

We’re not saying you have to be perfect, but you do need to be prepared – and learning your lines is the first step.

If you’re tasked with picking your own monologue and you’re not sure what to pick, do a quick Google search. There are thousands (if not millions) of options, which can be overwhelming. You’ll have a chance to practice a monologue at acting summer camp.

Instead of trying to sort through the entire internet, think about the character you’re reading for, or the type of play it is. If it’s a comedy, you want a monologue that will make the directors laugh. If it’s a dramatic play, you need something that will show range. 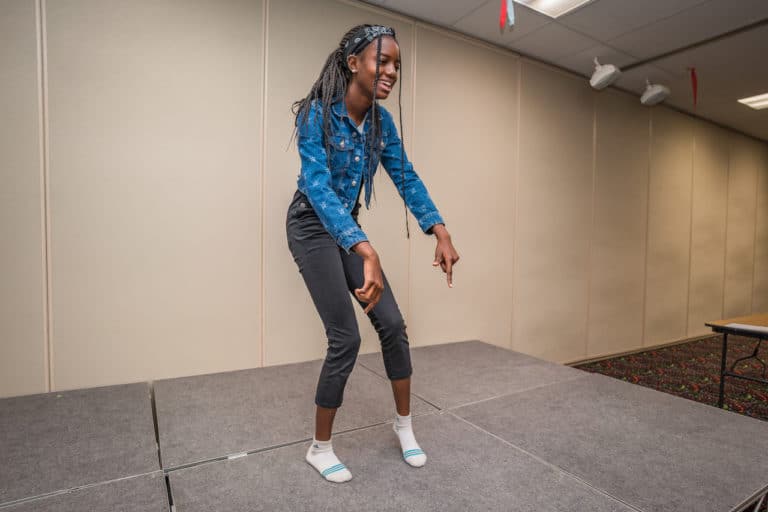 The best-case scenario is to find something with a little bit of drama and a little bit of comedy. That way, even if you don’t get the part you were reading for, the casting directors have enough information to consider you for other parts.

Reading for a Part

If there’s one part you really want, then you should read for it. Even if you don’t think you’ll get it or that you’re not the right fit. The directors of Peter Pan didn’t know they wanted a woman to play Peter until she auditioned. Once they saw her talent, they realized it was smarter to have a small woman play a child when it comes to body size, anyway.

Don’t get us wrong – we’re not saying you should audition for parts based on your body size – that’s archaic (Peter Pan first came out as musical in 1954). We’re saying that you never know until you try!

We know auditioning is scary. Even famous actresses and actors get nervous sometimes. But you can’t let your nerves get the better of you.

Think of your nerves like a bully. They are trying to control you and you’re listening to what they say because the experience feels scary. But you have enough control over your brain to stand up to the bully.

The best way to do this? Take deep breaths. Yes, it really can be that simple. Taking ten deep breaths before you go on stage will help you with your nervous thoughts, but will also calm your body down.

That means you’ll have a lower chance of shaking, speaking too fast, or getting flustered and forgetting a line. All actors need to know that their breath is their most powerful tool – including budding actors at summer camp!

Not feeling like your deep breaths are cutting it? Acting summer camp can help with “breathing techniques for nerves” and practice!

A lot of actors think they’re helping themselves out by dressing up as the character they’re reading for, but that’s not the case. Elaborate costumes are distracting and will keep the directors from concentrating solely on your talent.

But that doesn’t mean you should wear everyday clothes, either. Something simple, clean, and without graphics or labels will show that you’re professional and allow the casting directors to imagine you in whatever role they see fit.

Don’t Be Afraid to Be Yourself

You have a very short window to show the casting directors who you are before you audition to be someone else. Use that time to introduce yourself, make eye contact, and show that you’ll be pleasant to work with.

If you’re nervous, it’s okay to say “I’m going to take a few deep breaths before I start”. Remember to smile when you walk in, and after you’ve finished auditioning. Thank the directors for their time and shake their hands (if possible), then make a normal (no, not dramatic) exit. 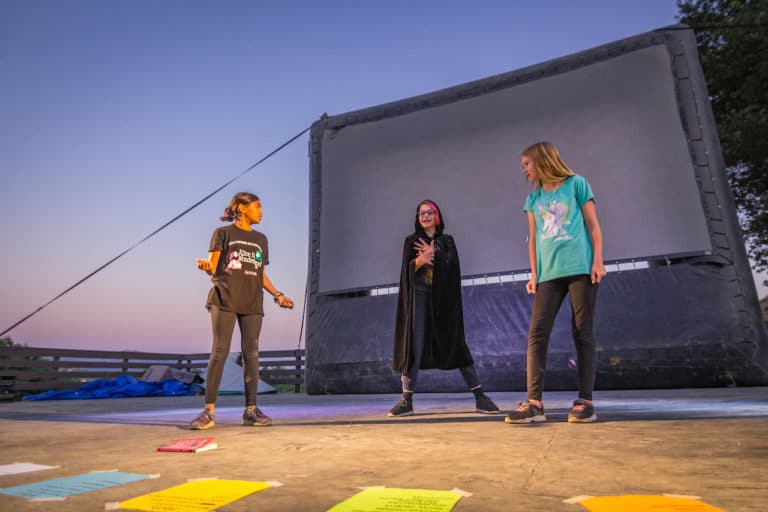 The last tip, other than practice (which we shouldn’t have to tell you!) is to read for a role you like – not the one you think you should have. There are no small characters and each time someone performs a role, that character gets reborn.

Give it your all, breathe, be yourself, smile, and know your lines. You’ll get the part that’s the best fit for you and the play, even if it’s not exactly what you had in mind.

The Best Role of All: Pali Camper

Acting in plays and movies is fun, but there’s no role more fun than being a Pali Adventures summer camper! Not only will you get to expand on your acting skills, but you’ll have the chance to create memories and make new friends – all in the California sun.

Tell us – what role is better than that?

Not signed up yet?  Pali Adventures Acting Summer Camp is ready for you! Get a parent to help you sign up, here.