Acting is one of those art forms that require more talent and skill than people realize. On the surface, it looks like simply memorizing and reciting words. While that alone is a stumbling block for many, actors also have to interpret their character, get their pacing right, combine reciting lines with actions, feed off their fellow actors, and much more. If your child dreams of being the next international star, bring them to the best acting summer camp in Southern California: right here at Pali Adventures.

An actor doesn’t act in a vacuum. They’re taking instructions from scriptwriters, directors, casting directors, agents, and acting coaches. To do that, they need to speak the language of acting. Your budding actor will learn the terminology they need to know to work within each project team smoothly. Whether they pursue acting as a hobby or a career, this will also help them look more knowledgeable and professional, boosting their chances of booking jobs. 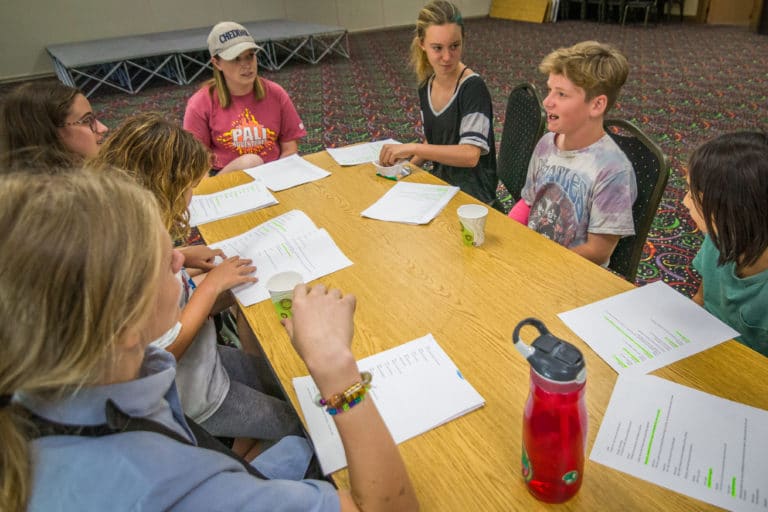 Movies and TV may be in the spotlight today, but they’re far from the only respected types of acting. Any versatile actor needs to be able to perform either in a live theater setting or on camera. These two types of settings require different techniques and skills, though. Throughout our acting camp, your child will learn skills for both settings, allowing them to pursue their favorite acting projects no matter whether they’re on a stage or a camera. By getting a taste for both settings, your child will also be able to find out whether they have a preference one way or the other.

As with any craft, all acting has to start with basic, essential skills. This is especially important for young actors who have a passion for the art but haven’t had the opportunity for formal coaching. Consider Pali’s acting camp a crash course in these fundamentals. Our instructors will teach your camper the vital building block skills they need to improve their acting abilities today while laying the foundation for learning more advanced skills later.

Scriptwriters may create a story, but actors are the ones who bring it to life. The same line can mean so many different things and sound far different depending on the character who’s saying it and the way it’s delivered. An actor needs to be able to envision a character and give them an original, memorable, and relatable personality. Casting directors choose actors not only based on their acting abilities but also on the way they’ve interpreted and portrayed their character. During their time at acting camp, your child will learn how to pull a character’s personality from a script and put their creativity to work to bring that character to life. 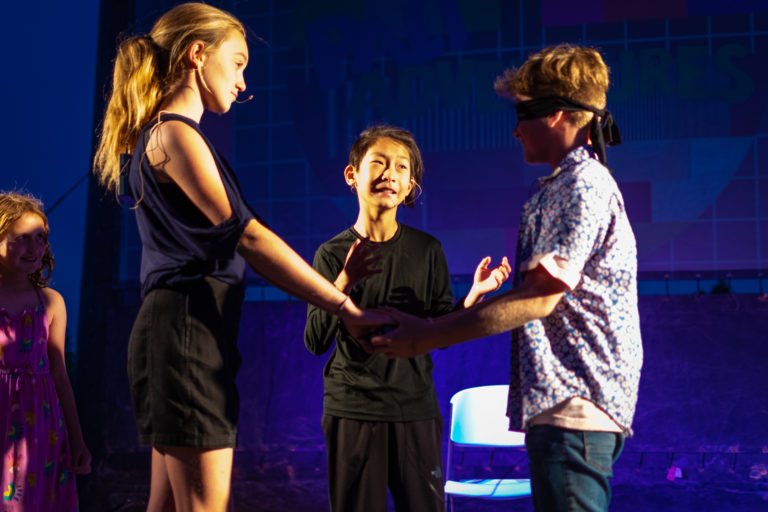 When actors deliver lines, those lines could be part of a dialogue or they could be monologues or small asides. Both monologues and dialogues have their challenges, and for many young actors, one will come more naturally than the other. At acting camp, we’ll teach your growing actor techniques and tricks for handling both types of lines expertly.

Improvisation, or improv, is one of the first steps many actors take in their training. During an improv exercise, actors make up stories and lines together on the spot. While few actors make a career out of improv (aside from the Who’s Line Is It Anyway? crew), it’s a powerful exercise that helps actors exercise their creativity, learn to think on their feet and handle sudden changes, and work with their fellow actors’ different performance styles. Many of our campers find our improv games to be among the most fun activities from the entire week. 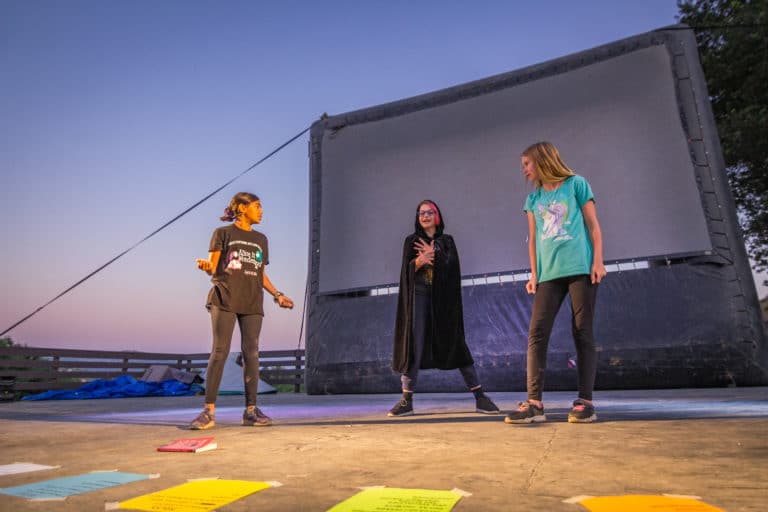 As much fun as it is to learn and practice acting skills, it doesn’t come close to the pride kids feel when they produce a piece of their own. Toward the end of their week at acting camp, your camper will be able to coordinate with campers in our filmmaking camp to perform in young filmmakers’ original films. They’ll be able to experience the unique challenges and excitement of working with a filmmaking crew and balancing their own creativity with a director’s vision.

Our goal for our acting camp is not only to let kids have a great time acting during their week with us but also give them the tools they need to continue their passion for acting in the future. Part of that toolbox includes a headshot. During acting camp, your child will be able to get a professional headshot that they can use for upcoming auditions. As an added bonus, this gives them experience with photo shoots which is an ongoing part of acting.

Campers spend their mornings focused on acting, but afternoons and evenings are dedicated to camp activities. Campers may enjoy the swimming pool or choose from several other electives.   Pali Adventures offers things like:

And much more.  Evening group activities include performances, campfires and other fun.

Choose Only the Best

Without a doubt, Southern California is one of the prime locations for acting in the world. If your child has been bitten by the acting bug, Pali Adventures offers the best acting summer camp in Southern California. Young actors have an opportunity to hone their skills and focus on aspects of the acting craft. In addition, they can choose afternoon adventures and just plain have fun as well. What better way to put your child’s school-free summer to use than to let them delve deeper into their passions? To get more information or to sign up your child for our next acting summer camp session, contact Pali Adventures by clicking the box in the bottom right corner.