Learning How to Memorize Your First Standup Bit at Summer Camp 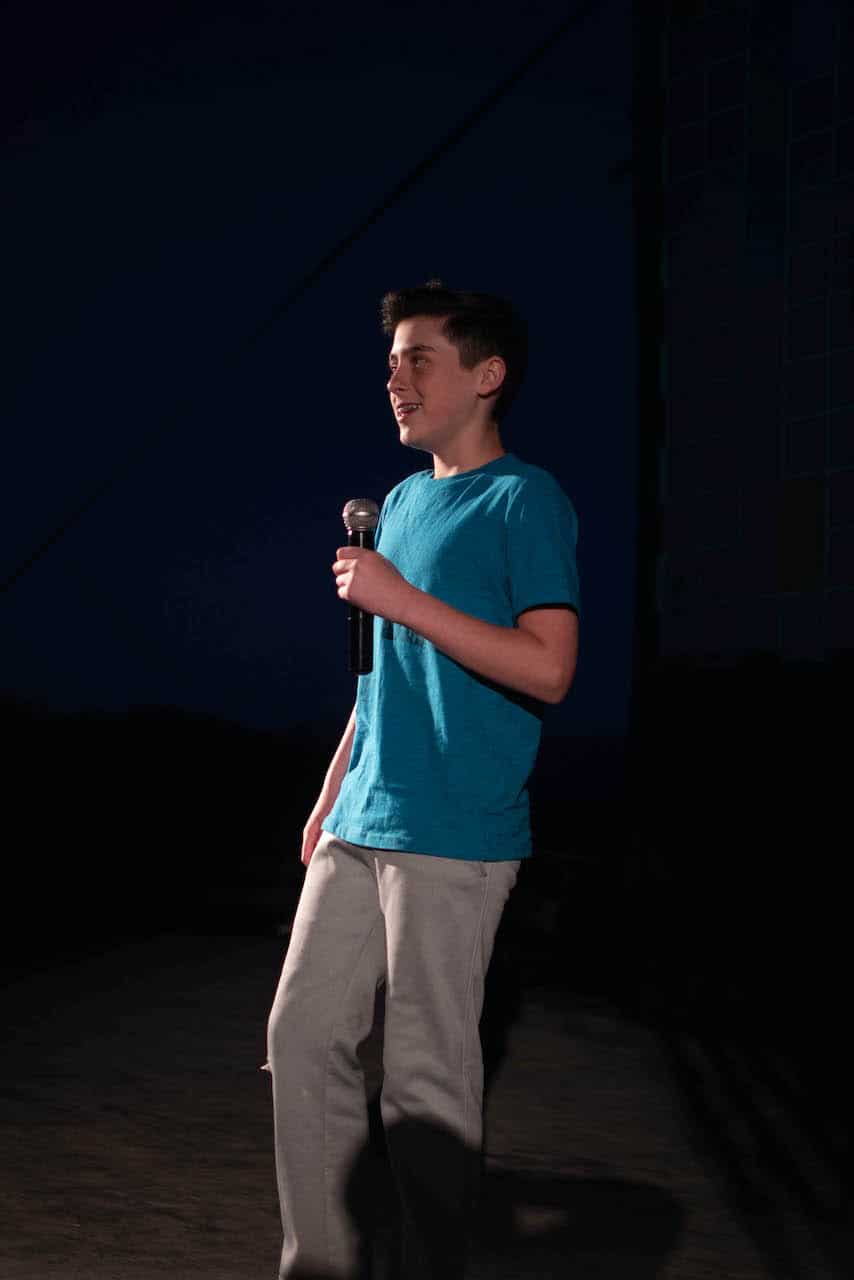 Have you ever wondered how on earth your favorite comedian manages to remember their entire routine for an hour-long special?

It seems like magic, doesn’t it? Not only do they remember every joke, but they’re also still funny and engaging. Most people sound like they’re reading cue cards when they try to recite something from memory.

Performing a standup routine is difficult on so many levels. One of the hardest parts for newcomers is figuring out the best way to remember all their jokes so that when stage fright strikes, it doesn’t wipe the routine from their mind.

During Comedy Summer Camp at Pali Adventures, we’ll teach young comedians how to memorize and polish their standup routine.

Here are a few pointers to get you started.

Comedy isn’t like acting. In order to know if a joke is right, you need to have an audience to help you work out the hiccups. That’s why you need to hit an open mic night. You’ll need to do a little prep work, though.

Write down your set on cue cards. Make sure your writing is big enough to be able to see at a glance. Work through the whole routine a few times on your own so the jokes are in your head. But don’t worry about having them memorized. Why? Because they’re going to change. Most jokes go through half a dozen or so revisions before they’re deemed good enough for a real standup audience.

At the open mic, you’ll go through your set like you practiced. Keep the cue cards in-hand and refer to them when necessary. Don’t just read off the cards, though. You still need to engage the audience or they won’t react to any of the jokes you tell. 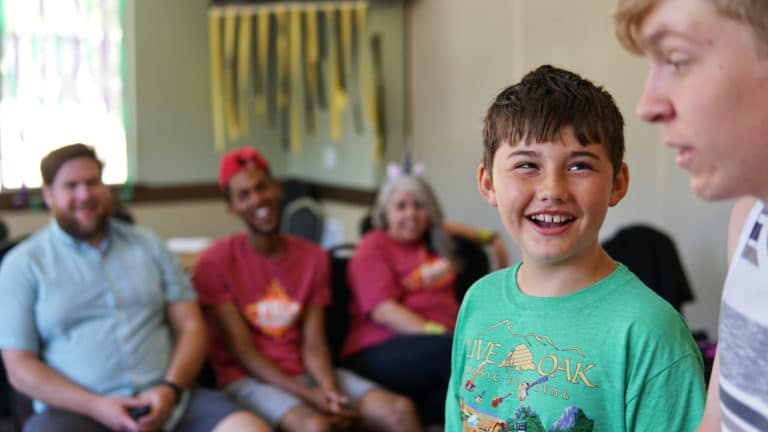 Take what you’ve learned from performing the set in front of an audience and actually use it. Make a few notes the second you’re off the stage. This way you remember exactly how the audience reacted to each joke.

The number one thing to remember is that you can’t get defensive and blame the crowd if a joke didn’t fly. The whole point of running your routine at an open mic is to learn if the joke works for the general population. Most of the time you can re-word a joke or change where it comes in the routine to get the reaction you want from the crowd. But there are some jokes that just can’t be saved. Editing them from your set is necessary. Learning how to self-edit now will make you a better performer down the road.

It’s important to keep working on your set at different open mic nights after editing. Only after you’ve found the right set of jokes can you start memorizing the routine.

So you’ve finally managed to edit your standup bit into something that makes the audience howl with laughter. Great.

It’s still not quite time to memorize it just yet. As said earlier, this isn’t acting. Memorizing a bunch of jokes and reciting them on stage isn’t all that thrilling for the crowd.

Instead, what you should do is take those cue cards and add movement to each segment of your routine. During a high-energy joke, you shouldn’t stand still hugging the mic stand. Take a walk across the stage. Pick a word to stress and literally lean into it.

Here’s an example of simple blocking for a joke:

“Have you ever noticed how some people are incapable of standing still?” (Walk across the stage.)

“It’s like they’ve got little motors in their legs that are constantly moving.” (Cross back to the mic stand.)

“I was at the DMV last week. As usual, the line went out the door. This one guy practically danced the entire time we were waiting. Half an hour of…” (Mimic his dance.)

“By the time he got to the desk, I…” (Hand on chest and lean down to emphasize the word.) “…was exhausted. I even wrote a little song to go with his dance.”

Translating the joke’s energy to movement makes it more interesting, easier for the crowd to follow, and easier for you to memorize.

After taking the time to work, edit, and add blocking to your standup routine, you should have a pretty good grasp of how it should sound. Take some time and record a clean version of it with all the correct wording and pacing.

Now listen to the recording. Several times. Put it on to play when you’re making breakfast. Listen to it when you’re out for a walk. If you find a moment where you don’t need to listen to the outside world, listen to your routine. Repetition is the best way to memorize something. 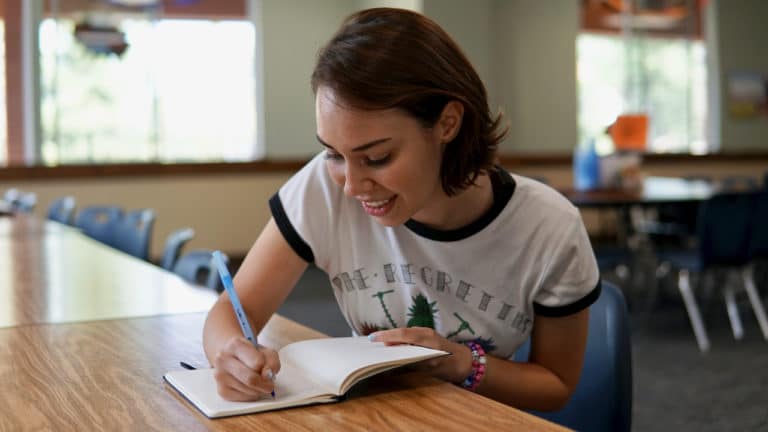 Once you’ve gotten tired of listening to yourself say the same thing over and over, you can move on to saying it out loud over and over again.

It might sound like the definition of insanity, but comedy is fluid. You’re constantly tweaking jokes to fit the audience, and that leaves a lot of fragmented jokes rattling around your head.

The only surefire way to make your finalized routine stick is to repeat it in one form or another. Performing the routine for yourself will help you work out the last few hiccups with any tricky wording. It’ll also let you play with the timing one more time before performing it for a standup audience.

All kids need a creative outlet. Some are naturally drawn to comedy.

At Pali Adventures Comedy Camp, we give kids a safe place to goof off while teaching them a skill that could come in handy as they get older.

We also want to make sure they get to experience what summer camp is all about. Campers have a good balance of comedy workshops in the morning, and in the afternoon they get to have a blast by selecting from more than seventy different electives. There’s never a dull moment.

Have any questions about Comedy Camp? Don’t hesitate to contact us. We’re always ready to help new campers.