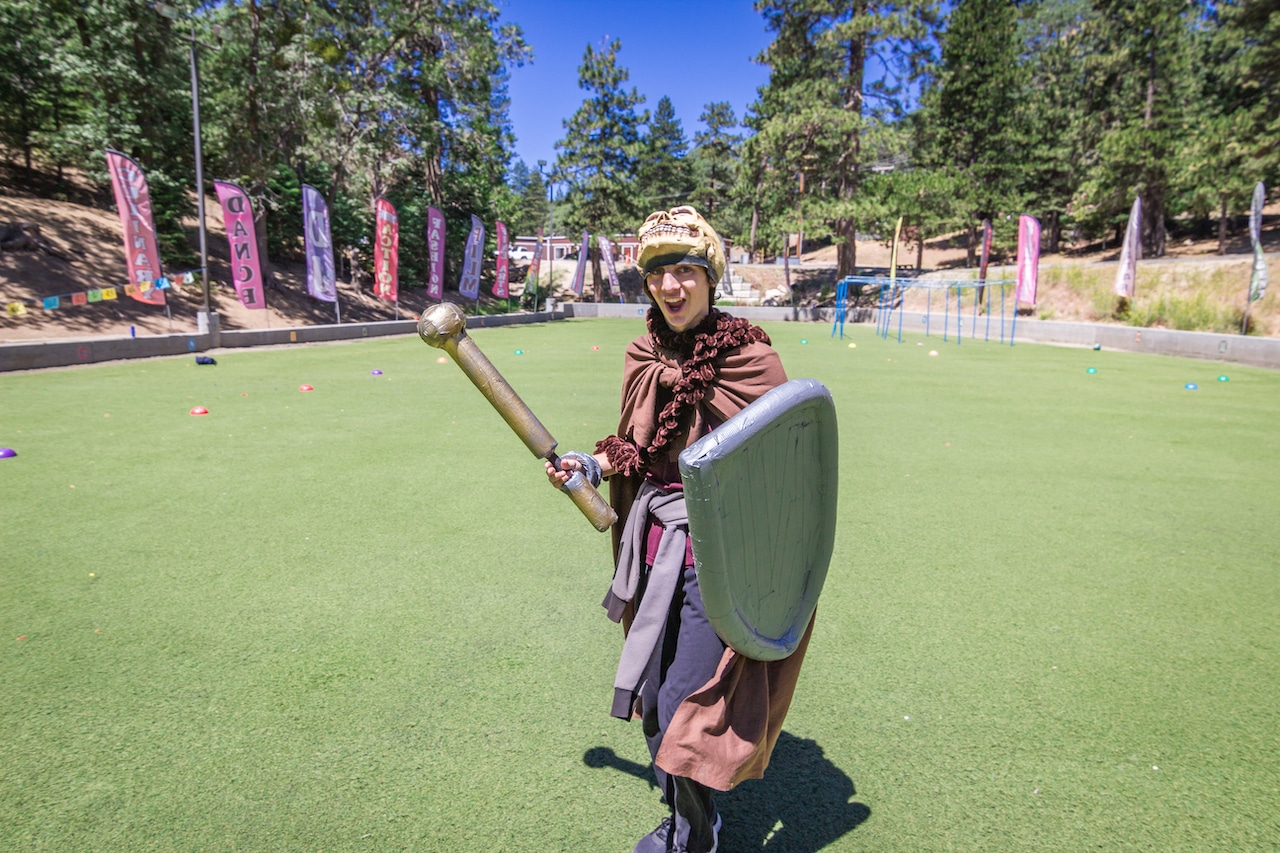 Have you ever thought your child was a little old for imaginary play? Or maybe you’re okay with it, but you don’t understand the point.

Or maybe you love LARP, and you participate with your child. Whichever description matches you best, we’ve got the perfect camp.

Whether you know it or not, there are clear cut benefits to LARP-ing (live-action role play). Want to know more? Learn about the benefits of imaginary play and what our camp is like, below.

As our children grow, they use their imagination less and less. They turn their attention to more practical tasks, like math and language arts.

And while they need those skills for their academic career, their brains could still use the development that imaginative play provides.

One of those benefits is…

There are different types of live-action role-play. If your child is playing something like D&D, for example, every time they make a choice, they have to consider the end goal of the game.

They need to consider where their opponents are in the game, who has which powers or assets, and how that’s going to impact their gameplay.

Does that sound like any real-life situation to you? Juggling multiple factors, having to consider other people’s impact, and making sure you don’t lose the long-term for short-term glory?

To us, it sounds like life, work, school, and complicated social situations. This leads us to benefit #2…

You can’t role-play alone. At least, not actively (unless you’re using a computer game).

You have to interact with people on your team and those on the other side. In some cases, your child will even have to make allies, trading goods, or protection to have another person on their side.

And while these actual ally-ships are imaginary, the skills it takes to establish them bleeds over to real life.

This imaginative game situation establishes similarities between people, even if it’s the only one. 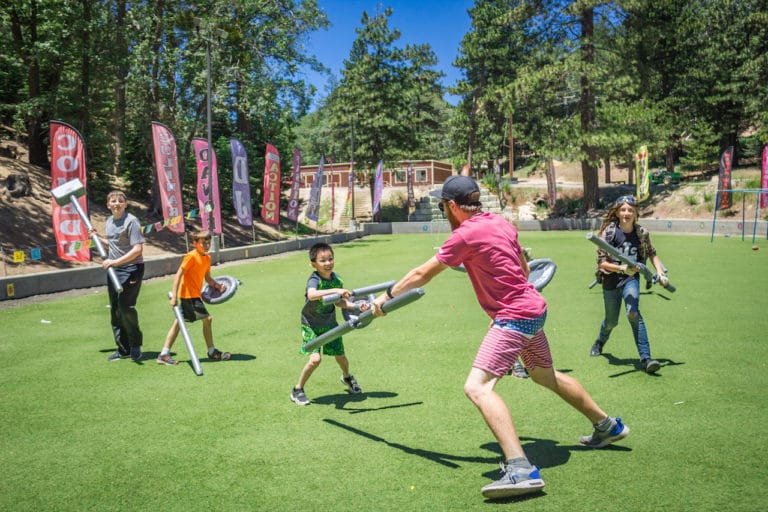 As your child ages, they may grow out of LARP, or they may not. If they don’t, they can join different role-play leagues around the country. They exist on college campuses and through sites like Meetup.com.

That means, wherever your child goes, they’ll have a place to find friends, built-in!

It Teaches the Concrete Creative Skills

In our role playing specialty, campers will make their outfits. That means they’ll learn improvised costume skills like how to drape fabric and even create duct tape armor.

The extent they take it is up to them – but for most, this is a new skill. We’re not saying they will make all their clothes from now on, but they may come home knowing how to replace a button!

If that doesn’t interest your child at all, they’re welcome to bring one they like or currently play in from home.

It Strengthens Their Sense of Identity

When your child is creating their live-action role-play character, they have to think about a lot of different aspects. Who is their character on the most basic level, such as their name, what they look like, and what’s their role in the game?

But the more they play, the more they’ll learn about their character (aka, themselves). Maybe they discover they’re not comfortable making risky moves unless they’re sure the consequences are worth it.

Or perhaps they figure out that their LARP character is the kind of person who will take a hit for a friend in the short-term, to build lasting friendships.

Since there isn’t a real difference between where your child starts and their character ends, they will continue to grow together for the entire time they play.

It Helps Get Aggression Out, Safely

Yes, battles are part of the LARP adventure. And when they’re pretending, they’re using swords and sharp weapons. But in reality? They’re using “Boffer” weapons, which are soft pieces of foam on both ends of a stick.

Since all you need in LARP to “hurt” another player is one touch, almost no one gets hurt.

You can’t say that for about any other active hobby, football, soccer, basketball, etc. 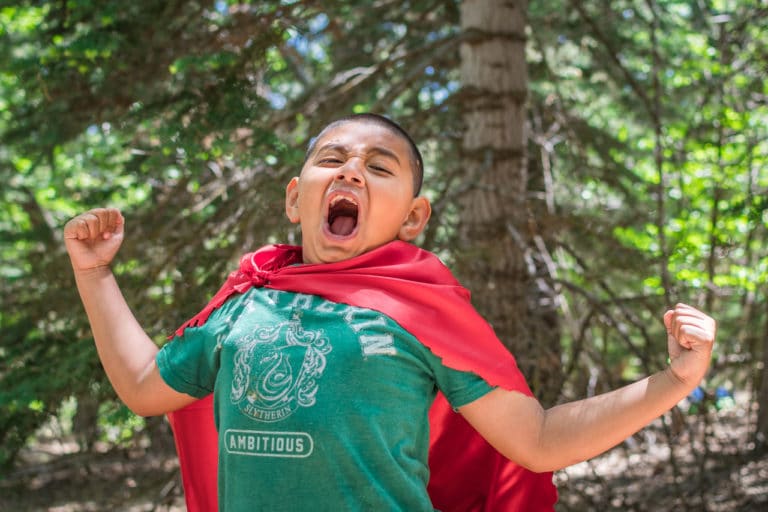 It Gets Kids Moving

We don’t need to tell you how hard it is to get kids to get up and move. They’re always attached to one screen or another – and school districts aren’t investing as much in P.E. as they used to.

LARP to the rescue, yet again. When people are LARP-ing outside, it’s usually in large open areas. They run, hide, charge at opponents, and more than get their steps in.

This is especially true at our LARP summer camp. Campers will start the day off in the classroom, but transition to spending most of their time outside, playing their hearts out.

At least at our LARP Summer Camp, campers get to try new skills, like archery and tomahawk throwing. Don’t worry – we teach technique and safety before any camper touches anything sharp.

That’s not to mention the elective activities your child will have the chance to engage in when the curriculum day is done.

There are LARP camps you can send your child to that do nothing but role-play games all day. Sometimes that can burn your child out, or make them bored.

We have tens, if not a hundred, different activities they can do in addition to their LARP adventure.