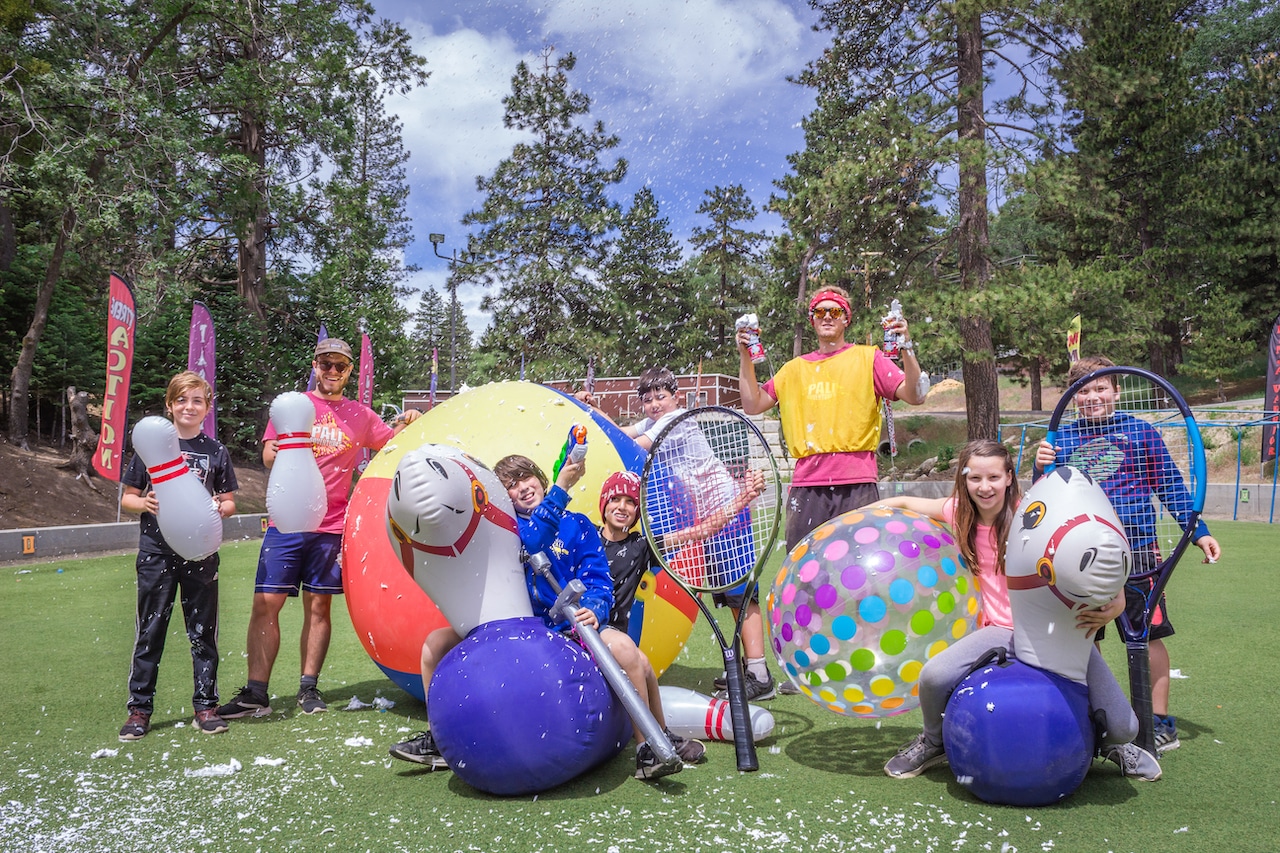 There’s a problem with kids these days. No, it’s not how often they’re on their screens, nor is it them incessantly “dabbing” or “flossing.”

It’s that with all the demands of our times, they’re not spending as much time being silly and imaginative as they used to.

Parents are trying to set children up for success, so we’re not pointing fingers. Just confirming that sending your child to camp where all they have to do is be silly and having fun is a good (ok, great) thing.

Being silly is part imagination and part intelligence – but more on that later. Spending time goofing off is good for their brains.

And if they’re doing all that while they’re at a summer sports camp, they’re getting physical and mental exercise. What more could you ask for?

Get more details below.

In some circles, people use the word “silly” in place of the word “stupid.” It sounds nicer, but it gives being silly a bad rap.

And we’re talking about being goofy and having fun – not being dangerously silly, like putting themselves or others in harm’s way.

Next time you catch yourself telling your child to stop being “silly,” try to pick another word. Encouraging your child to be themselves and have fun is part of what parenthood is all about. 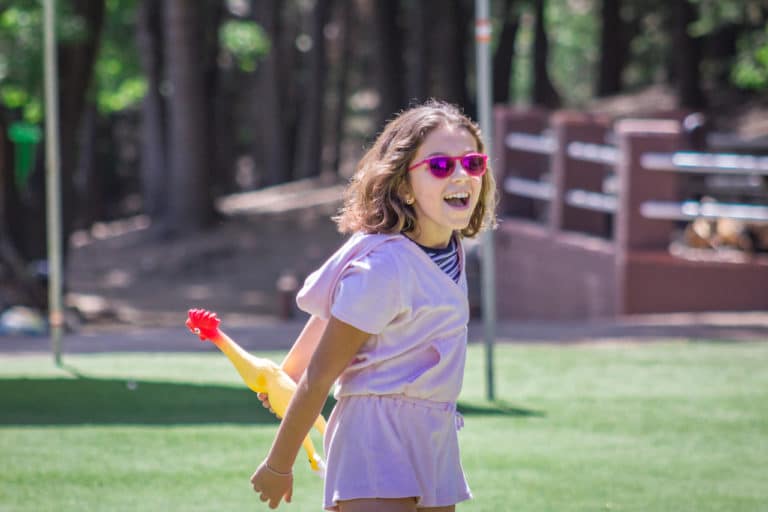 A lot of adults forget how valuable the imagination is. It’s essential for kids to learn and shape the world around them, but adults use it too.

Whenever you’re creative with a solution at work, you’re using your imagination.

Encouraging imaginative and silly play in your child will help them be a better employee (or business owner), and student later in life.

Being Silly is a Way to Cope with Stress

Stress has an apparent physical effect on the body. As an adult, you know that – but do you know what it looks like in your child? Stress can manifest as:

Being silly and spending time just playing, with no other expectations, lowers stress levels – it’s science. And when you combine that with physical activity? The endorphins run wild!

When kids feel like they can be themselves, they’re able to pay more attention to what’s around them and what they’re learning.

They don’t have to spend time thinking about what this person thinks or what they “should” do next, aside from the rules of the game/sport.

Paying attention and being in the moment isn’t just good for their mental health, but it can reduce the risk of injury as well.

If your child isn’t worried about what other people are thinking, they can truly get their heads in the game.

They Can Discover a New Passion

A lot of the time, our kids start one sport or another because that’s what their friends are playing. That’s great – it’s fun to be on a team with your best friend!

But it doesn’t allow your child to try out all their options. With the way sports seasons overlap, it’d be almost impossible to play more than two sports a year, anyways.

At our camp, however, they can play a new sport every day. Maybe your little soccer star prefers slip and slide baseball, or frisbee golf , or log rolling, or … the options are endless. 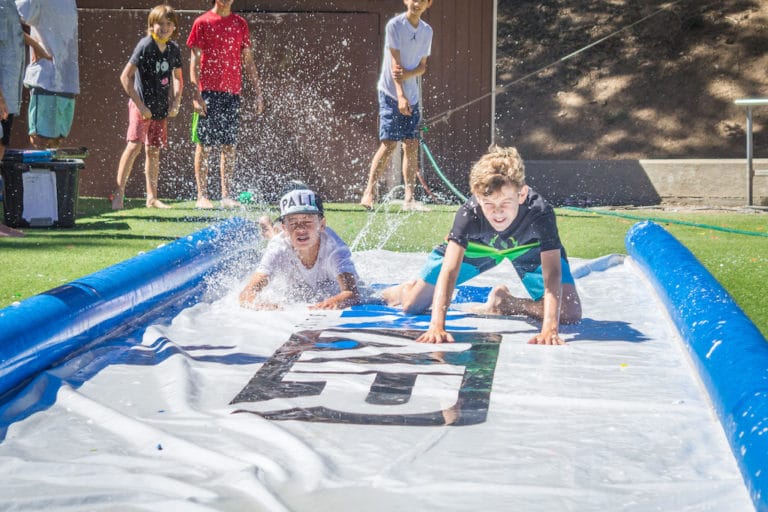 If we have the equipment, they can try it!

If they get home jazzed about a new sport, that doesn’t mean they have to abandon the one they’ve put years of practice into – many of our sports are not likely to be found anywhere else!!

It Teaches that Fitness Is Fun

Another reason to send your child to a summer sports camp? To teach them that being physically active is fun! The younger they learn that, the better.

When kids enjoy movement, they’re more likely to be active for the rest of their life. There are too many health benefits of being active to list – but our favorite? Big smiles and lots of energy!

If your child is enrolled in the “Wacky Sports” specialty, they’ll get to make up their own sport, or at least their own rules to a pre-existing game.

Talk about flexing their imagination and creative thinking skills! It could even catch on once they come back home, like the kid-invented trampoline sport “gaga ball.”

They’ll be so excited and proud to show people back home their game, including you! Get ready to play whatever creation your child came up with. 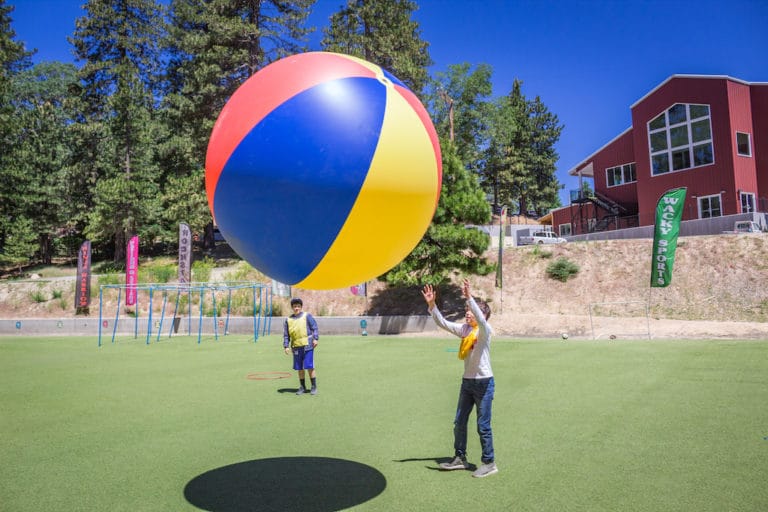 What to Expect at Summer Sports Camp

Oh – and they’ll get more than the recommended hours of physical activity a day, by a long shot. It’s pretty much the best way they could spend a few weeks this summer – so sign them up now!